AEW Announces Big Swole For Casino Battle Royale At "All Out" 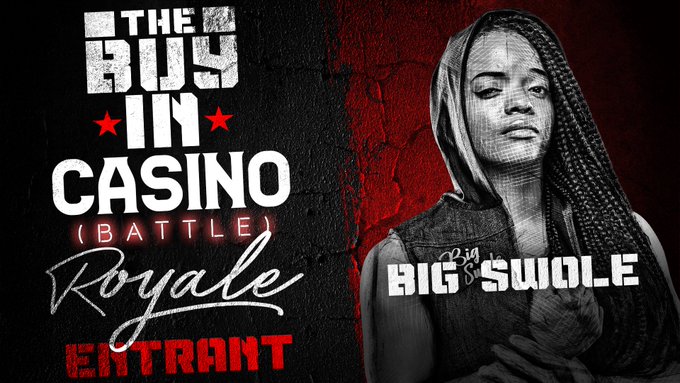 AEW has added another woman from outside the company to compete in the Casino Battle Royale at AEW All Out.

Big Swole will be competing with the likes of Britt Baker, Teal Piper, Ivelisse, Jazz, Nyla Rose, Yuka Sakazaki, Allie, and Brandi Rhodes with the winner getting a shot at the AEW Women's Championship.

Swole is also known as Ariel Monroe. She has competed for places like SHINE, MLW, SHIMMER and RISE. During SummerSlam weekend she won the Phoenix of RISE Championship. She is also known for her brief run in the 2018 Mae Young Classic.

AEW All Out will take place on August 31 at the Sears Centre Arena in Chicago.