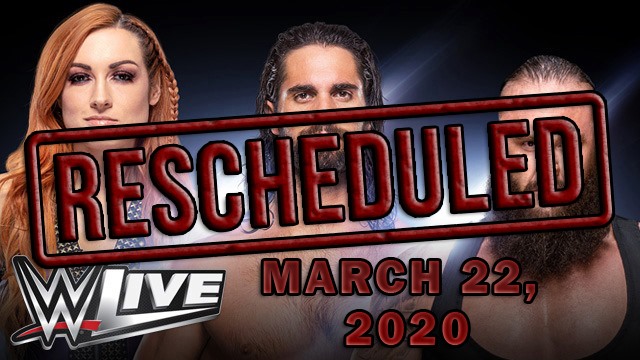 As previously reported, WWE cancelled an upcoming RAW weekend tour later this month, with shows scheduled in Louisiana and Alabama. WWE has confirmed that the events that weekend have been postponed, below are the new dates:

As noted, PWInsider reported that WWE also cancelled RAW live events on Friday, August 30 in Bangor, Maine and on Saturday, August 31 in Portland, Maine. It should be noted that there were no SmackDown live events scheduled that weekend.

@KavontaeSmalls and @DarkHorse0412 contributed to this article.