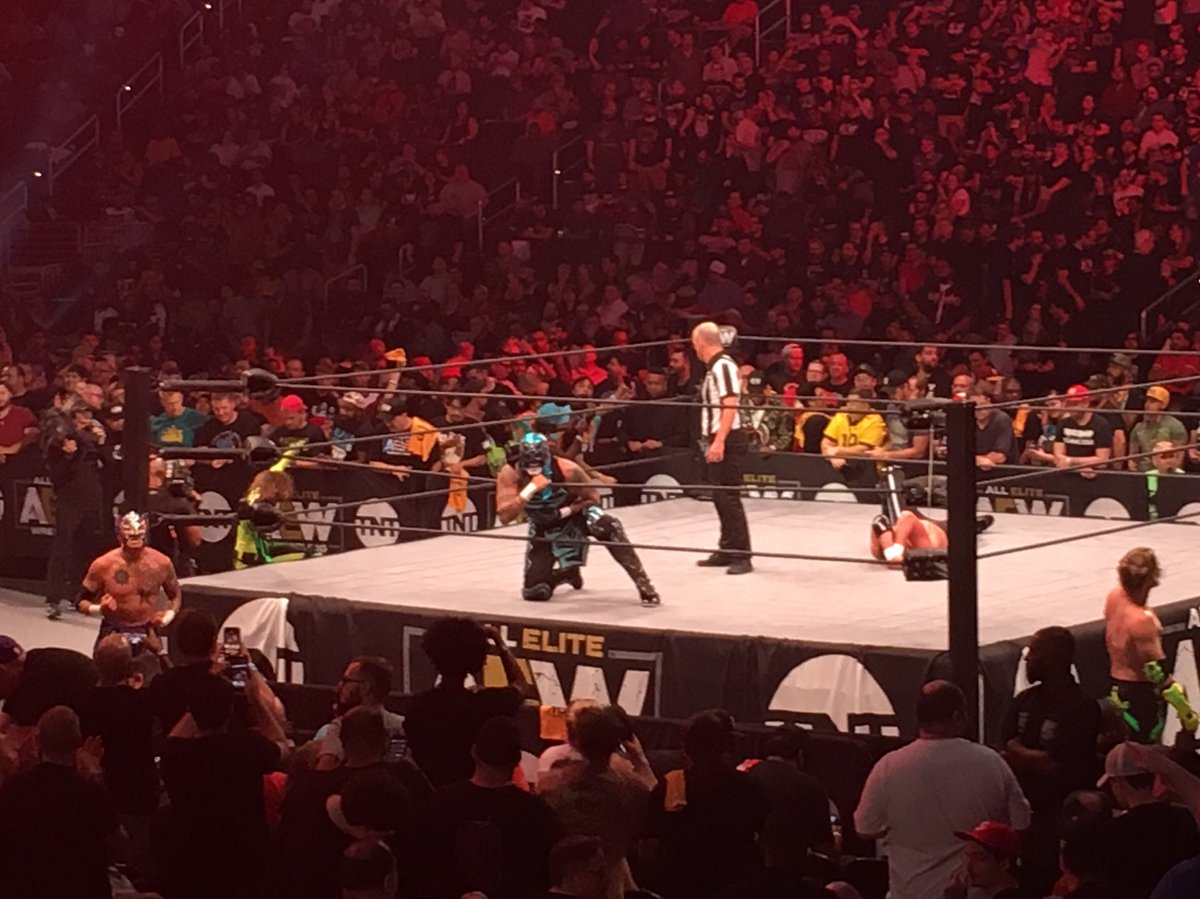 As noted, before tonight's show got started, a match between Darby Allin and CIMA went down. Allin won the match with a coffin drop.

Darby Allin def CIMA via pinfall with the Coffin Drop in about ten minutes before the #AEW TV taping begins.

Crowd was VERY into Darby, CIMA played the heel role well. Fun opener to get the crowd going.