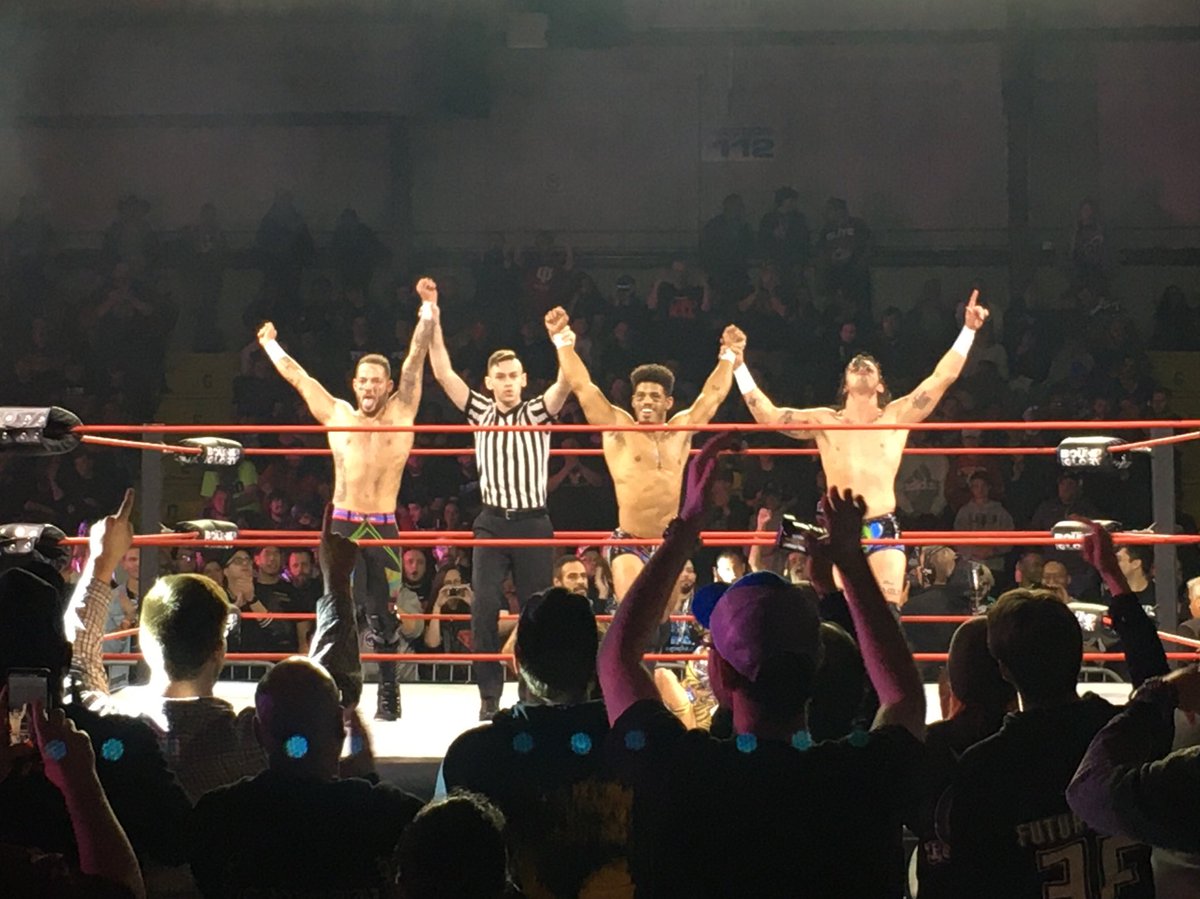 First up, Madison Rayne (with Kiera Hogan) defeated Shotzi Blackheart, who was recently offered an NXT contract at EVOLVE 137. Blackheart is honoring her independent dates through November 3 before heading to NXT.

The second match of the nightwhich was originally scheduled to be on the PPVwas The Rascalz (Trey, Wentz, and Dezmond Xavier) defeating Dr. Wagner Jr., Aerostar and Taurus. Wentz got the pin on Aerostar.

Definitely a packed house. Some fans were allowed in with full on drums and horns. Should be... lively.