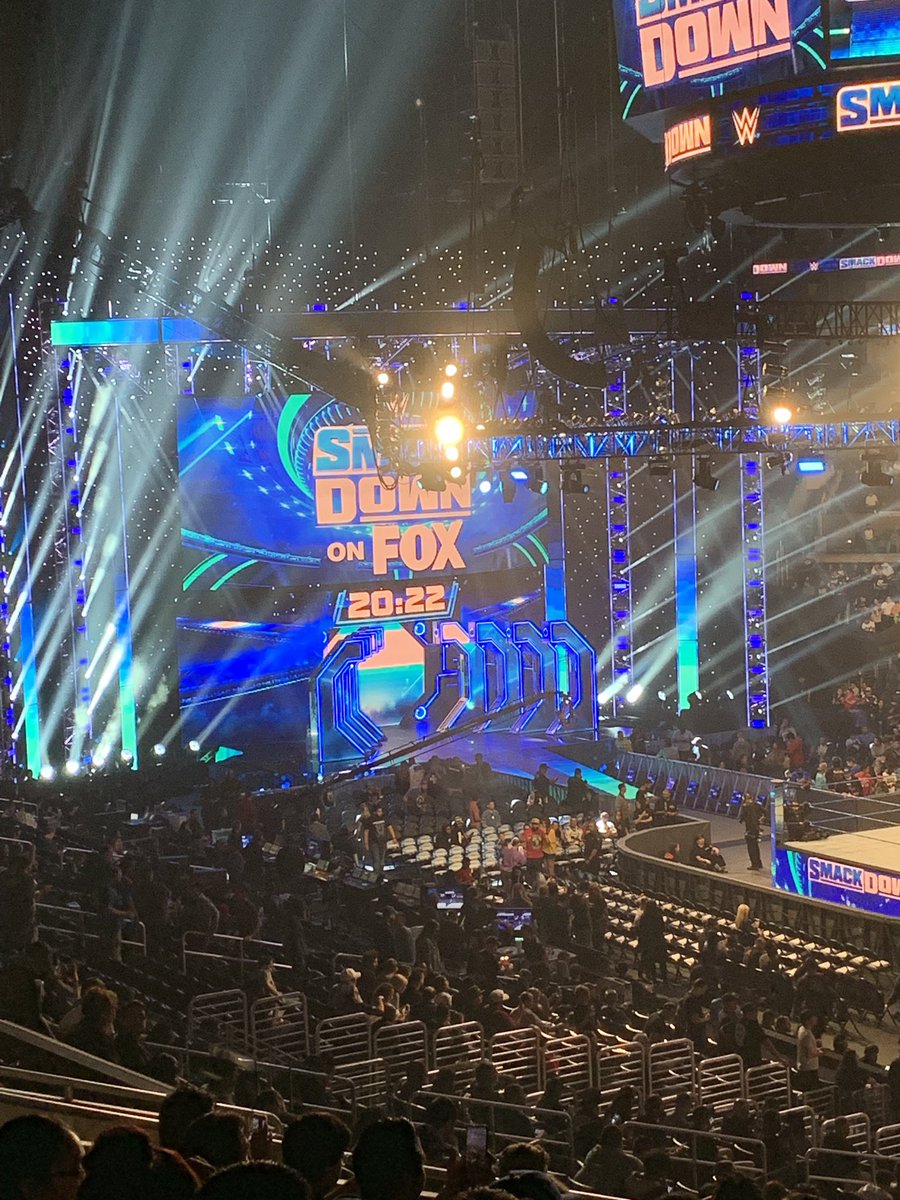 As seen below, the Kickoff pre-show began with a comedy video from FOX studios. The video featured Michael Strahan giving a tour to RAW Women's Champion Becky Lynch. Braun Strowman, Terry Bradshaw and "The Fiend" Bray Wyatt were also featured.

The pre-show also featured Renee and Booker calling on The New Day's Big E and Xavier Woods to help them with the reveal of the new SmackDown set and stage, which has received rave reviews from most fans so far. You can also see that reveal below.

Click here for our SmackDown pre-show and main show coverage.

You can see both videos along with more shots of the stage below:

The @WWE landscape changes forever tonight, and @NFLonFOX's @michaelstrahan is eager to welcome #TheMan @BeckyLynchWWE to the @FOXSports family.

Get a sneak peek at the NEW Friday Night #SmackDown set!!!@FOXTV pic.twitter.com/Q8iZpZltYq

New #Smackdown stage for tonight! I absolutely love this, what do you guys think?