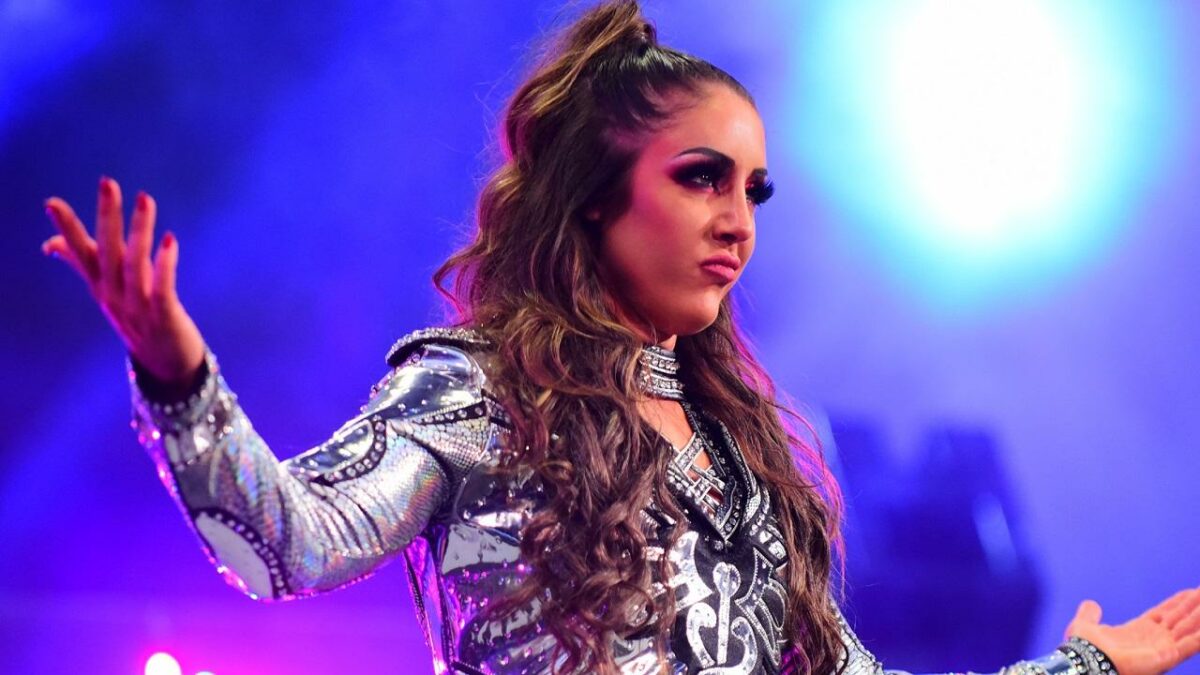 As noted earlier at this link, the finish to the men’s WarGames main event saw Tommaso Ciampa drop NXT Champion Adam Cole through a table from the very top of the WarGames structure. The camera then picked up on several shocked fans in the crowd, including Baker. Ciampa would go on to pin Cole to get the win.

Baker is Cole’s girlfriend and that was acknowledged on Takeover commentary by Mauro Ranallo.

Baker was previously shown looking at Stephanie McMahon while in the crowd at the recent NXT “Takeover: XXV” event. Screenshots of that appearance went viral due to the way Baker was looking. You can also see that screenshot below.