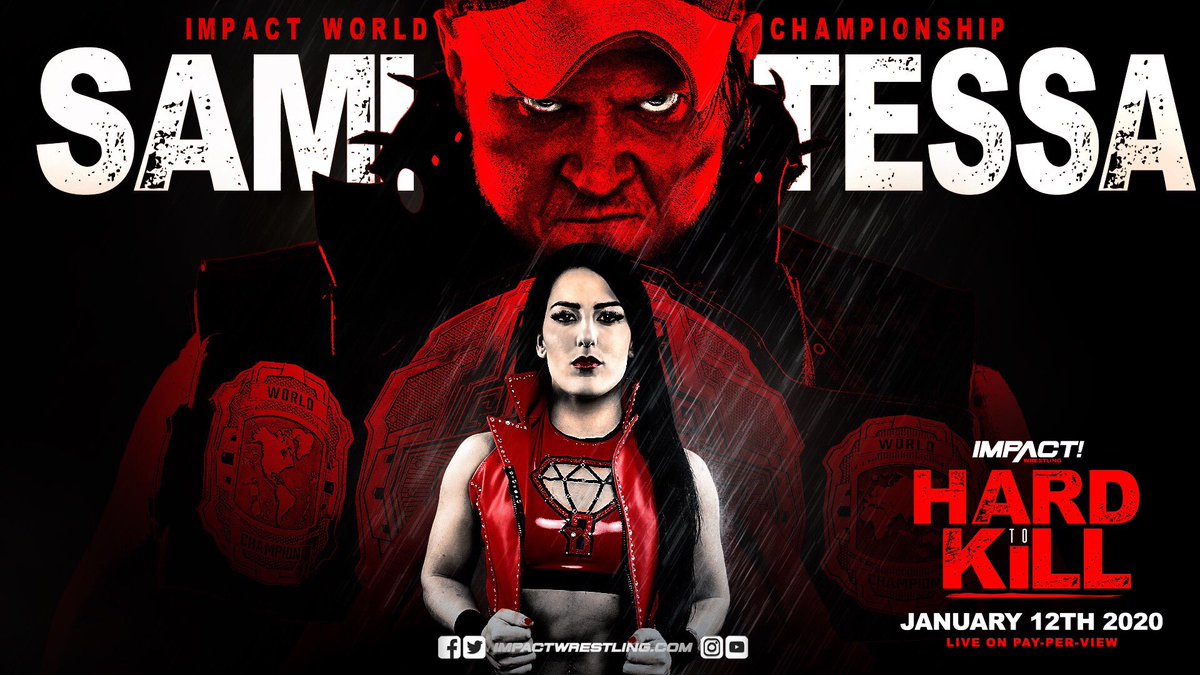 Impact Wrestling announced today in that Tessa Blanchard will take on Impact World Champion Sami Callihan for the title at the Hard To Kill pay-per-view event on Sunday, January 12, 2020, at The Bomb Factory in Dallas, TX.

The match will be the first time in professional wrestling that a woman will challenge a man for the top title live on pay-per-view.

"I intend to become the first female World Champion in Impact Wrestling history on January 12th at Hard To Kill," Blanchard said. "This isn't just about our rivalry, and this goes far beyond the Impact World Championship. This is about showing everyone that Tessa Blanchard is the real deal, and I'm here to stay. I can go toe-to-toe with any man or woman in the world, and in any type of match. I've earned this shot, and I won't stop until I'm raising that belt up high for all of my doubters to see."

After Callihan won the Impact World Championship from Brian Cage last month, Callihan spit a giant loogie onto himself when Blanchard entered the ring. Callihan spoke to Wrestling Inc. on our WINCLY podcast after his title win and explained the reasoning for it.

With Blanchard in the world championship picture, we asked Callihan if there is still a need for the Knockouts title.