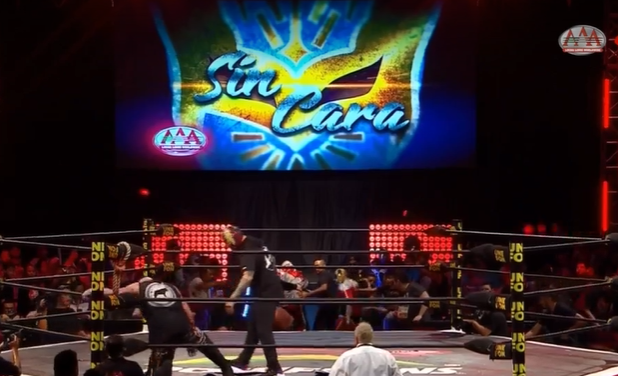 The former WWE Superstar ran out to make the save for Pagano, then cut a promo saying AAA was his home.

Along with Sin Cara, Luke Harper and The Ascension were all released on December 8, and have a 90 day no compete clause that will end on March 8. WWE has a trademark for "Sin Cara" in Mexico, according to @luchablog.

Last month, Sin Cara requested his release from WWE after feeling his talent wasn't valued by the company.

Sin Cara shows up in AAA to save Pagano! #GuerraDeTitanes pic.twitter.com/SG0RQN6I6m

FWIW, WWE has a trademark for the name in Mexico. CMLL also filed for it, though it wasn't approved. pic.twitter.com/ZfKcDt0EjZ