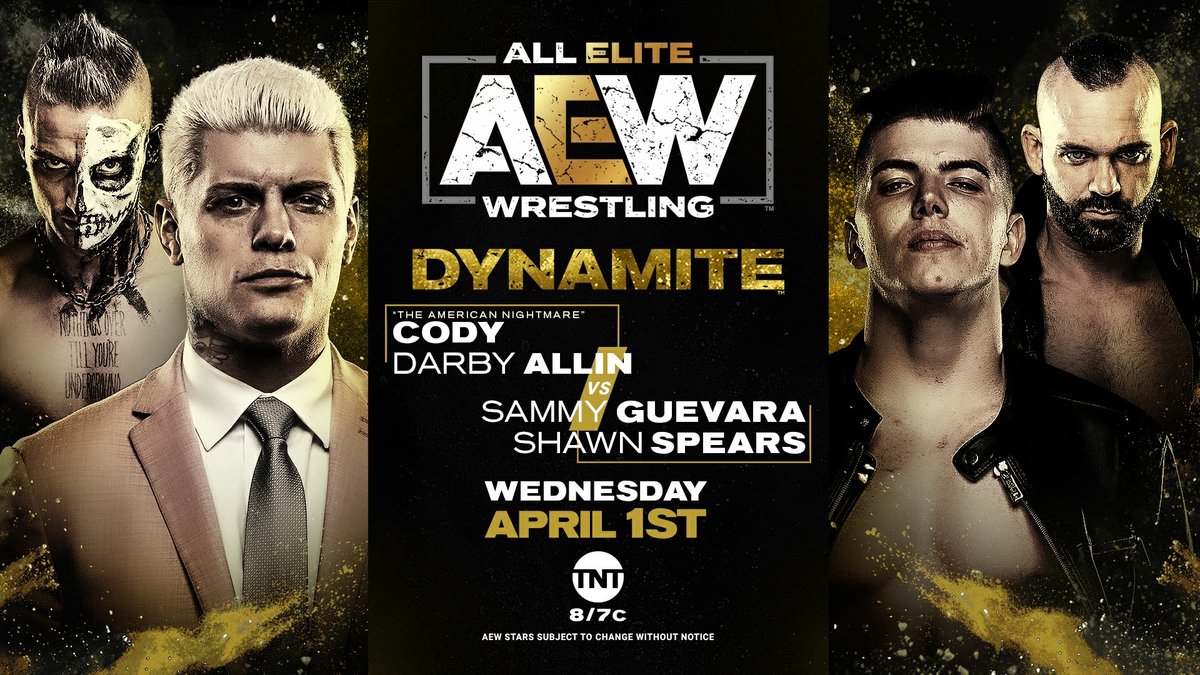 As noted earlier, Cody Rhodes vs. Shawn Spears and Sammy Guevara vs. Darby Allin were announced as the first bouts for the eight-man tournament for the TNT Championship. The other half of the bracket will be revealed tomorrow night on Dynamite.

The tournament for the TNT Championship will begin on April 8 and the finals will be at Double or Nothing on May 23 in Las Vegas.

Jim Ross, Taz, and Excalibur will also be streaming a live post-show recap of Dynamite on the AEW YouTube channel at 10 pm ET tomorrow night.

Below is the updated card for tomorrow's show:

Tomorrow night on Dynamite. The four men who are in the first half of the TNT Championship Tournament Bracket will be in tag-team action!@DarbyAllin & @CodyRhodes vs. @SammyGuevara & @Perfec10n.