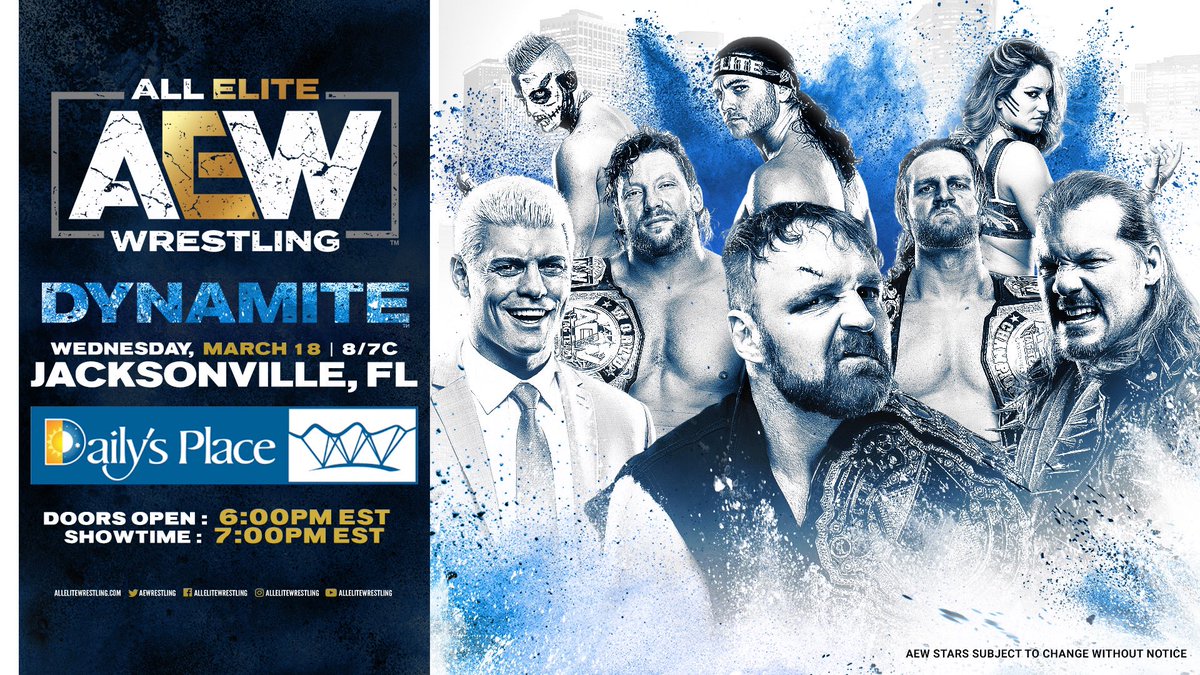 There had been some speculation on Wednesday's AEW Dynamite episode on TNT being impacted once again by the coronavirus pandemic, but that won't be happening, at least as of now.

Jacksonville Mayor Lenny Curry announced today that the city is suspending all events and gatherings at city facilities. The ruling came after the COVID-19 outbreak hit Duval County for the first time this week. TIAA Bank Field is one of the impacted venues on the list, and the stadium is connected to Daily's Place, which is where Dynamite will be held.

Mayor Curry's announcement led to speculation on another possible change for the March 18 AEW Dynamite episode. As noted, the event was originally scheduled for the Blue Cross Arena in Rochester, New York, but it was moved to Daily's Place in Jacksonville, Florida due to the coronavirus. However, Dave Meltzer reported on Twitter this afternoon that Wednesday's Dynamite episode is still on for Daily's Place in Jacksonville.

"Just a note from AEW, Wednesday's show at Daily's Place is still on. Things are still having to be worked out as far as details go but it will have to be without fans," Meltzer wrote.

As noted, Wednesday's Dynamite episode from Jacksonville will not have a regular sized crowd in the venue as there was a "restricted attendance policy" announced.

Stay tuned for updates on next Wednesday's AEW Dynamite episode. Below is the current line-up:

* Luchasaurus and Jungle Boy vs. The Butcher and The Blade

* The reveal of The Dark Order's leader, The Exalted One

* The Inner Circle vs. The Elite in six-man action with the winners receiving the advantage for the "Blood & Guts" match on March 25

Previous Article
The New Day On Dealing With Backstage Politics, How They Decide Who Wrestles A Match
Next Article
WWE Officially Announces RAW From The Performance Center With No Live Audience