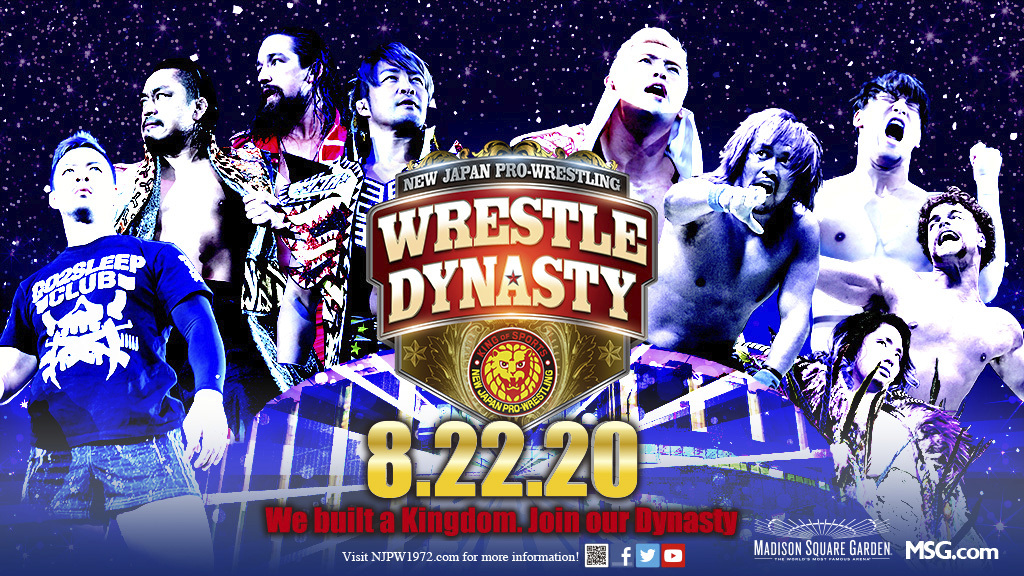 Tickets will be available for general sale on April 10 at 10 a.m. ET. Ticket prices start at $20. The highest ticket price is $500 for Ringside A.

The last time NJPW was at MSG was last year in April when NJPW teamed up with ROH for G1 Supercard. The main event was Kazuchika Okada vs. Jay White.

The card for Wrestle Dynasty will be announced at a later date.

Want all the information about Wrestle Dynasty in one place?

Get all the latest news and video, buy tickets and more as we get on the road to MSG!https://t.co/zs5ylcTWd3#njpw #njMSG pic.twitter.com/Jvd3RytWTn

Ticket details revealed for #WrestleDynasty at @TheGarden on August 22!

Register for pre-sale NOW for the best seats!

We built a Kingdom. Join our Dynasty!