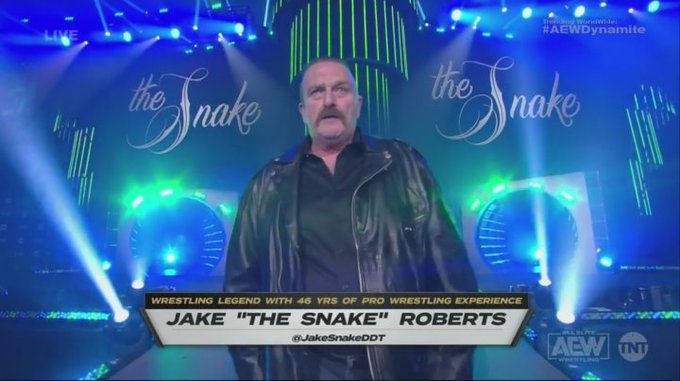 As noted earlier at this link, WWE Hall of Famer Jake "The Snake" Roberts made his AEW Dynamite debut on this week's episode from Broomfield, Colorado.

Roberts confronted Cody Rhodes and revealed that he has a mystery client that plans on taking Cody's "piece of the pie" and will take out Cody's "lackey" Arn Anderson as well. Roberts promised that darkness is coming to AEW, and said he's spent 20 years getting clean to earn this moment.

As seen in the tweet below, Orton tweeted a video of Jake taking the RKO several years back. He did not include a caption. The clip is from Chris Jericho's Highlight Reel segment on the March 14, 2005 RAW episode.

Roberts has not acknowledged Orton's tweet as of this writing.