Drake Maverick To Be On WWE's The Bump 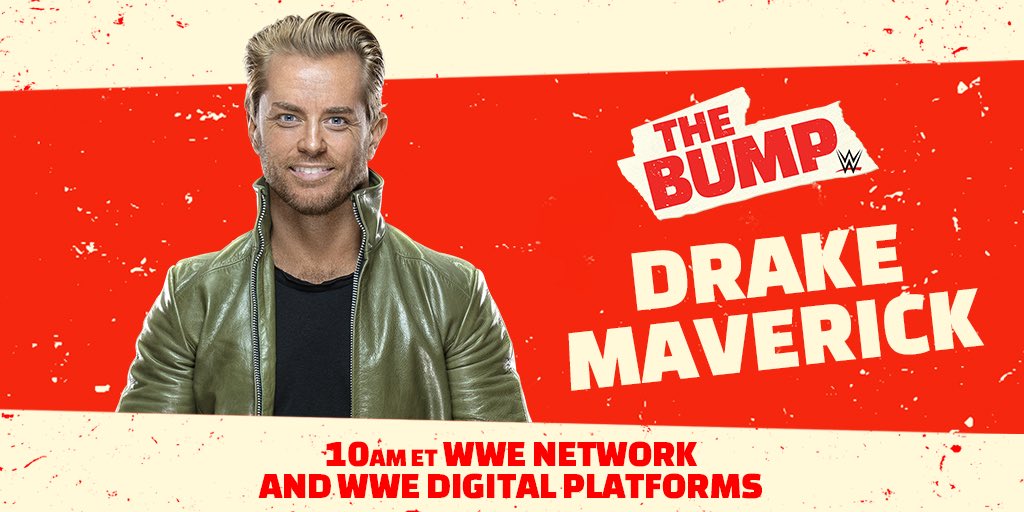 Former WWE star Drake Maverick will be a guest on tomorrow's WWE's The Bump. The show streams on the WWE Network at 10 a.m. ET every Wednesday.

The former 205 Live GM announced the news on Twitter. He posted a photo and simply wrote, "10 a.m."

As noted last Wednesday, Drake Maverick was one of the many WWE stars that lost their job due to the ongoing global coronavirus pandemic. WWE though is allowing Maverick to work three matches in the tournament to crown a new NXT Interim Cruiserweight Champion. He will be facing Jake Atlas tomorrow on NXT.

As noted by Marc, Nia Jax, Dolph Ziggler, and Triple H will be appearing on tomorrow's show.

WWE's The Bump also announced this evening that Brie Bella and Daniel Bryan will be guests on the show too.

Below you can see the announcements: