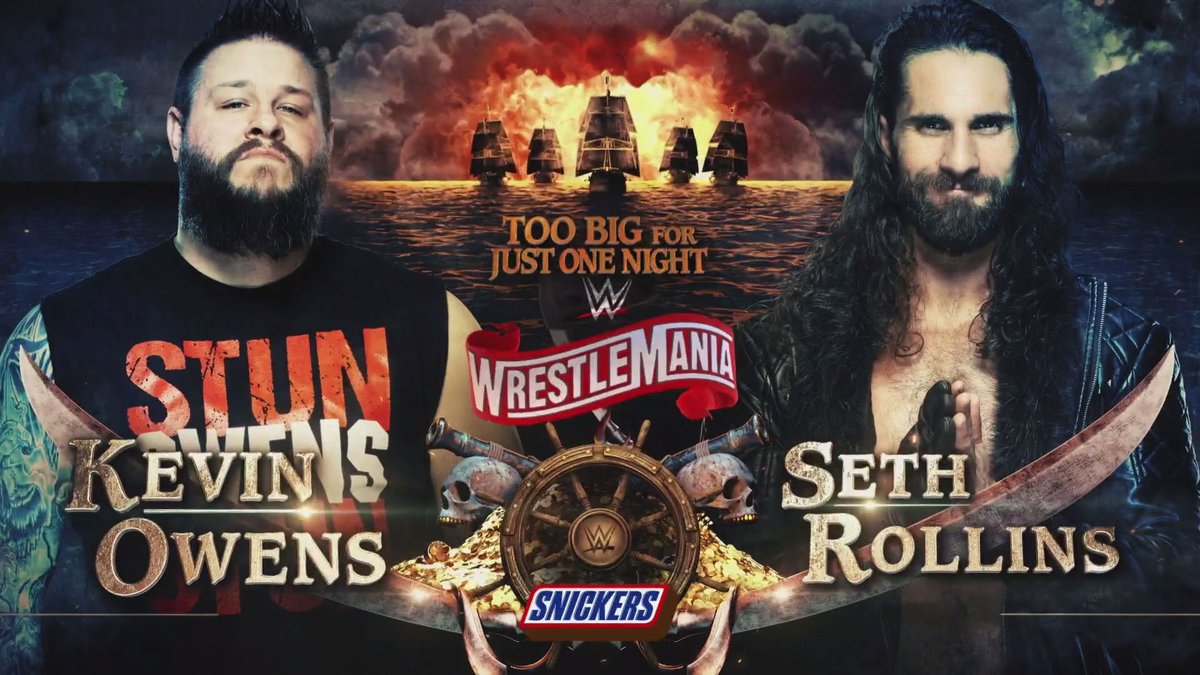 Over the past few weeks, WWE has been forced to broadcast their live shows in an empty Performance Center due to the COVID-19 pandemic. Wrestlers like Mandy Rose have talked about the experience of working in front of no crowd, and Seth Rollins spoke with Sports Illustrated to also give his thoughts on performing without a live crowd in attendance.

"It's weird. It's weird. It's taking me back to my days wrestling in front of eight people. I've been there before. I've grown accustomed to Monday Night Raw, 10,000 people. It's a whole different vibe," Rollins said. "Everything's somber. We all want to get through this, but we're all trying to figure this thing out together. When the whole thing started to develop here in the States, I purposely didn't tweet or Instagram anything about wrestling because I didn't feel right about it. Then I got out there and I cut this promo on Monday Night Raw and I got back and I had this sense of relief almost.

"I had been afraid to talk about wrestling, but I was so fortunate and grateful that I was able to go out there and still do wrestling when the time came. It was a very cathartic experience to be out there amidst all this chaos and have just a little moment to myself that I was able to share via television with the entire country."

Rollins stated that cutting a promo is harder to do in front of an empty arena than work a match. Rollins noted the fluidity of wrestling and how wrestlers are having a conversation with a crowd.

"You don't have crowd reaction to play off of. A promo, when you're having a conversation with the crowd, it really feels like you are talking to somebody. It feels as though they are part of the conversation," Rollins said. "If you don't have that, there's a lot of pressure. And also not having the ability to do multiple takes. Monday Night Raw is live, so that's a one-take promo. That's a one-take monologue. I don't get the opportunity to cut-and-paste that thing together. It's not like a movie.

"Wrestling, on the other hand, is fluid. It's in the ring and it's moving around. There's a lot of you can do. There are a lot of changes you can make. A promo is nerve-wracking. You can hear everything. There's no audience to drown anything out. You can hear cameramen shuffling. You hear everybody whispering in the back. It's really eerie in a way."

WrestleMania 36 was taped at the Performance Center as well as other locations with no live audience. There has been much debate over whether the show and other live events should have been postponed. Rollins admitted that he's not sure, but he's happy to provide some entertainment during this difficult time.

"I don't know. I'm not a medical expert," Rollins said. "Obviously the airports are still open. Should they close? I don't know. I wish I had answers. I'm sure a lot of people do. Right now, I'm just trying to stay as hygienic as possible, keep my distance from as many people as I can.

"As of now, I feel great. Knock on wood, I've been able to avoid this thing. I know a lot of families and people who have been affected by it. It's extremely contagious and it's very dangerous. I wish I had more answers. I wish I knew what was the right thing to do. After WrestleMania, we're gonna recollect and see where we're gonna go from here. Right now, I'm very humble and grateful that I have a job that still needs me. A lot of Americans are not in that boat and their futures are uncertain. So if providing them with some entertainment can help them out, then I feel like, we're being productive in doing something right."

Rollins faces Kevin Owens this weekend at WrestleMania. New subscribers can sign up for the WWE Network today by clicking here and get their first month for free, which includes both nights of WrestleMania.