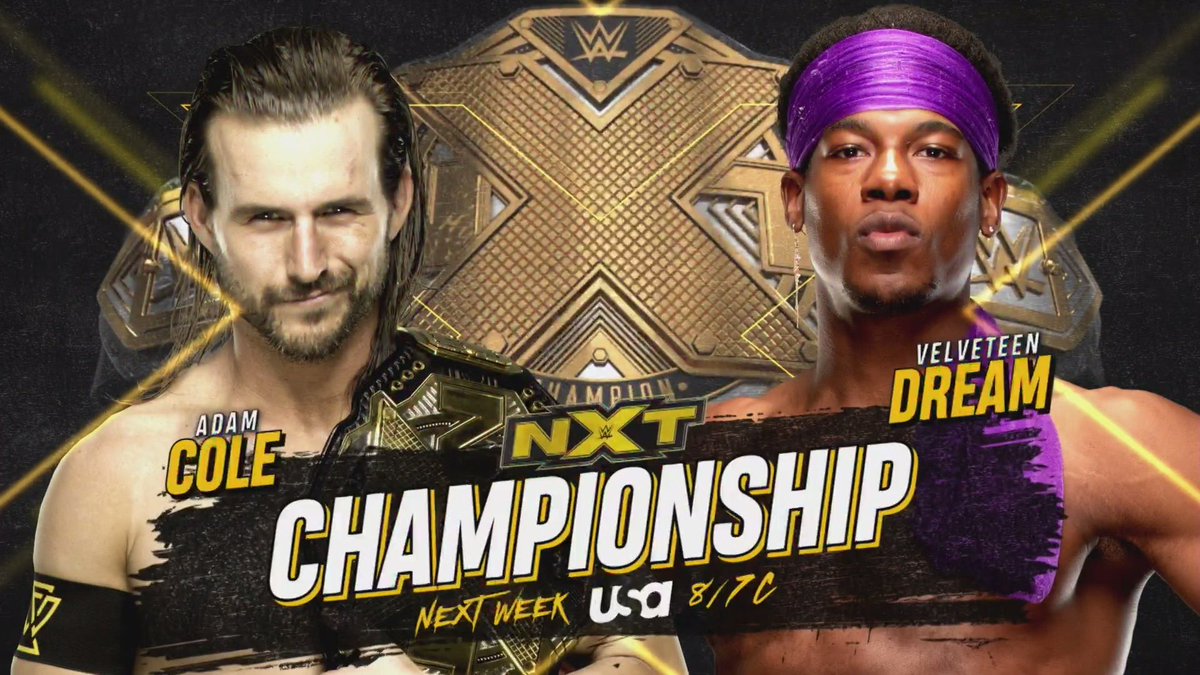 The Velveteen Dream is set to get his WWE NXT Title shot next Wednesday on the USA Network.

It was announced during tonight's NXT episode that NXT Champion Adam Cole will defend his title next week against Dream. The match was ordered by NXT General Manager William Regal after the recent feud between the two competitors.

There had been some speculation on WWE possibly taking Dream out of the main event scene and title chase due to recent accusations of illegal conduct with a minor made against him after screenshots alleged to be from his social media accounts went viral. There has been no update since then but you can read Dream's statement denying the allegations at this link.

Dream vs. Cole is apparently taped already as WWE reportedly had plans to film NXT shows for this week and next week from the closed-set Performance Center earlier today.

Stay tuned for updates on next week's NXT and Dream's status.