AJ Styles And Others Announced For WWE's The Bump 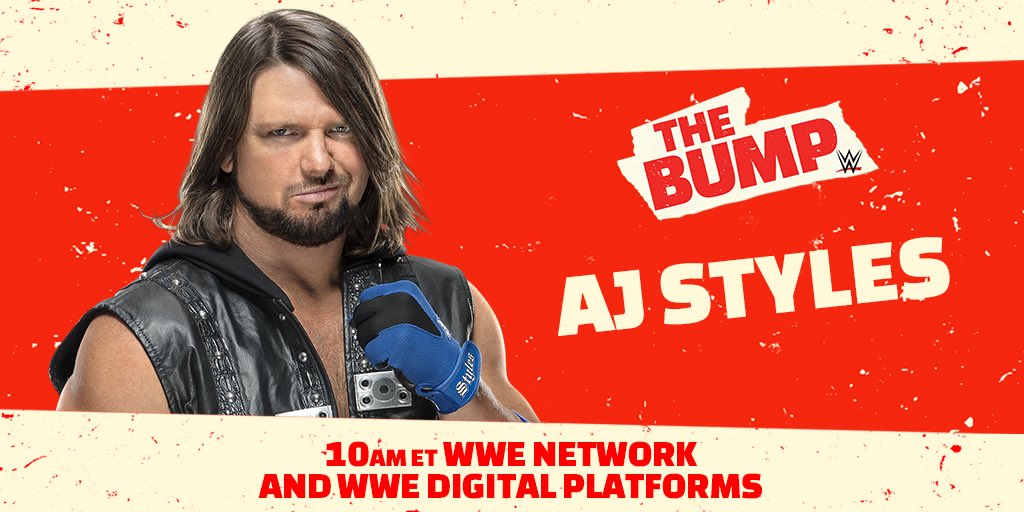 The guests for tomorrow's show include AJ Styles, The Miz & Maryse, Dana Brooke, and Tamina.

As noted, AJ Styles made his WWE RAW return yesterday.

Styles ended up winning the Last Chance Gauntlet Match and became one of the competitors for the Men's Money In The Bank Ladder Match.

At this Sunday's Money In The Bank PPV, WWE SmackDown Women's Champion Bayley will defend her title against Tamina. The Miz will be in a Fatal 4 Way for the SmackDown Tag Team Titles.

Dana Brooke is also one of the competitors in the Women's Money In The Bank Match.

Below you can read the announcement:

10am ET. Set your alarms. ? pic.twitter.com/zQbVRGlnZ0

Previous Article
Zack Ryder On Losing His WWE Push In 2011, What He Said That Got Him Put Into WrestleMania 32 Match
Next Article
Aleister Black Talks Zelina Vega's Success In WWE, Working With Paul Heyman