Mike Tyson To Appear On This Wednesday's AEW Dynamite 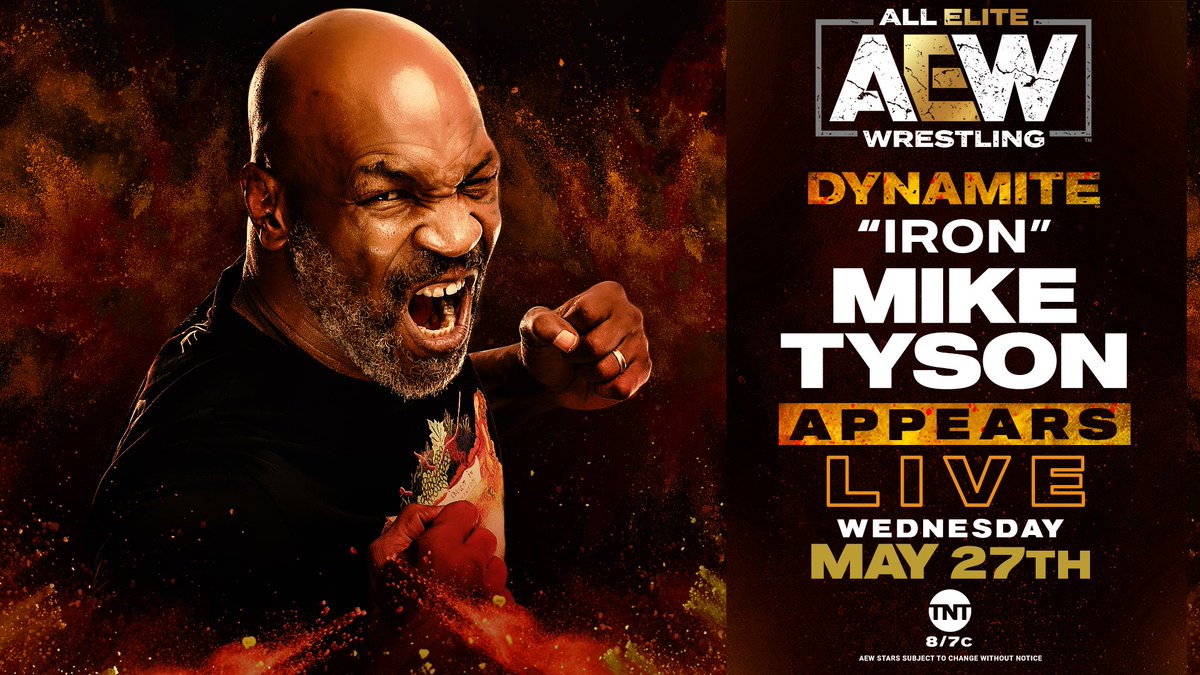 AEW announced Mike Tyson is appearing live on this Wednesday's Dynamite. No additional details were given about his upcoming appearance.

The boxing legend was at last night's Double or Nothing PPV to present the AEW TNT Championship to Cody, who picked up a victory over Lance Archer.

Tyson mainly sat at ringside to take in the match, but did block Jake Roberts from returning to ringside after the referee tossed both him and Arn Anderson to the back. He then handed over the title to Cody after the match and celebrated a bit with the new champ.

In the build-up to this weekend's PPV, Cody commented about "Iron" Mike being a "hardcore AEW fan."

"Mike Tyson was actually somebody that we met as a company at Double or Nothing last year," Cody recalled. "Over the course of the year, we've come to respect him as a fan and he's a hardcore AEW fan. I'll say though, that was one of the last touches put on Double or Nothing in terms of who will be the one to present that championship. Someone with an element of prestige and that's what Mike is there to do Saturday night. He is there to hand the championship to Lance or myself and it's been fun to get to know Mike over the past year."

Below is the updated Dynamite lineup:

* Britt Baker to announce return timetable after sustaining a knee injury
* More details to be given about AEW World Champion Jon Moxley vs. Brian Cage at Fyter Fest
* Battle Royal to determine the first contender for the AEW TNT Championship
* Mike Tyson to appear live

Fresh off his appearance at AEW's Double or Nothing Pay Per View, Iron @MikeTyson will make his #AEWDynamite debut LIVE THIS WED, May 27th at 8/7c on TNT!

Re-Live all the action and excitement from #DoubleOrNothing now on demand from all major providers, @FiteTV & @brlive pic.twitter.com/p8WkpNfWG9

.@MikeTyson has arrived and is ready to present the #TNTChampionship to either @CodyRhodes or @LanceHoyt.
Who takes the win?

Previous Article
Chuck Liddell On CM Punk's Brief UFC Run: "I Think His Trainers Did Him A Disservice"
Next Article
The Undertaker Reveals The Matches He's Most Proud Of