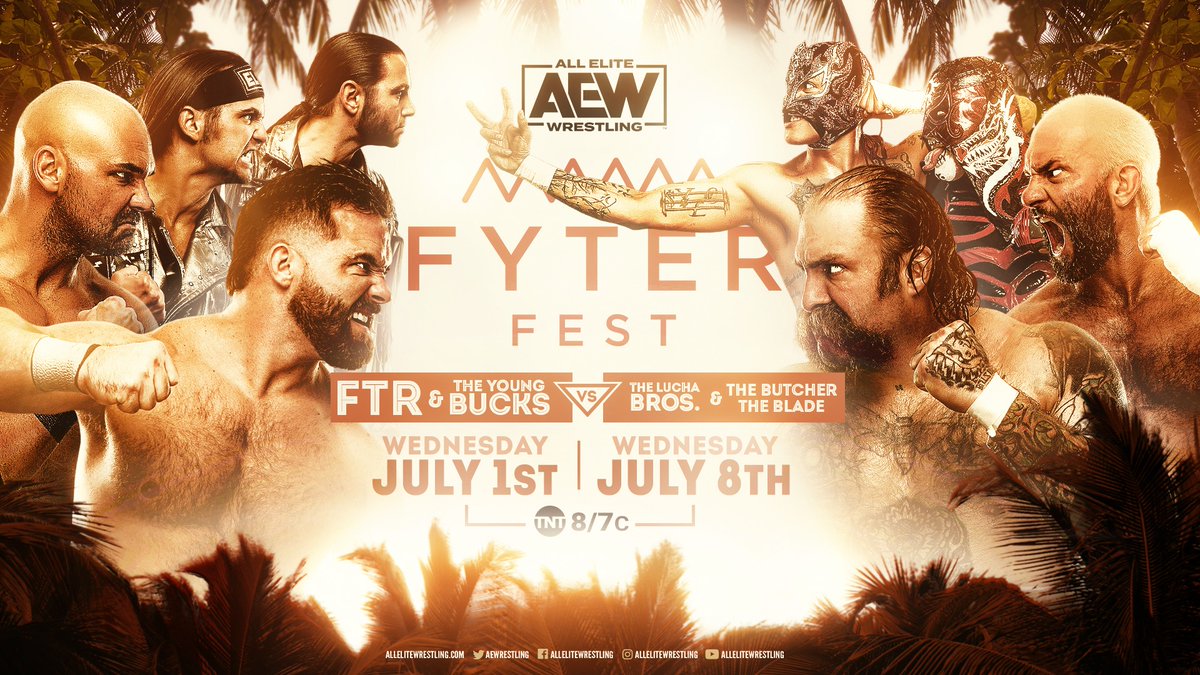 FTR and Young Bucks will face The Butcher, The Blade, Fenix, and Pentagon Jr. in an 8-man tag match at AEW Fyter Fest, which airs on July 1 and July 8 at 8 pm ET on TNT.

The Blade made the challenge after FTR defeated SCU on tonight's AEW Dynamite. FTR immediately accepted the match before being attacked by Pentagon and Fenix. Matt and Nick Jackson ran out to chase the duo away.

Pentagon Jr. made his long awaited return to AEW TV after being in Mexico due to the COVID-19 pandemic.

"We are the absolute best tag team on this planet!" - @DaxHarwood

FTR is here and they mean business #AEWDynamite pic.twitter.com/pPjSILAuDx