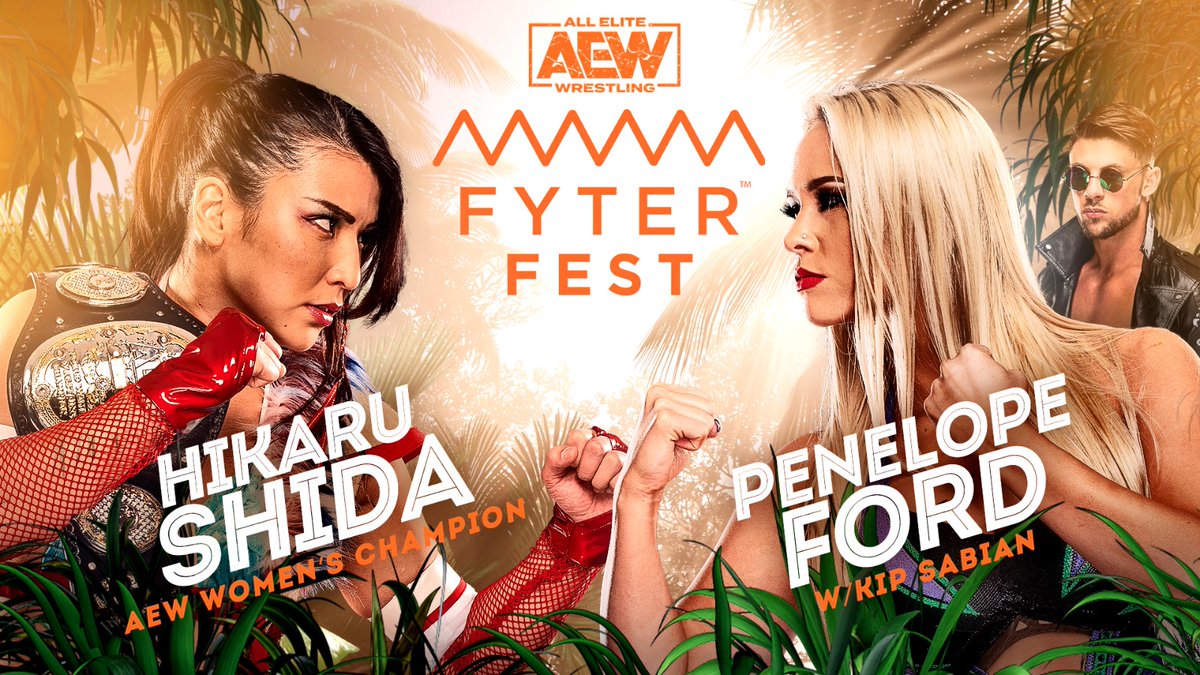 It was announced on tonight's AEW Dynamite that AEW Women's World Champion Hikaru Shida will take on Penelope Ford at Fyter Fest. Last week, Ford got the pin on Shida in tag team action after hitting her with the title.

Below is the updated lineup for Fyter Fest:

Here we go!
The #AEW Women's World Championship is on the line as @thepenelopeford faces the champion @shidahikaru at FyterFest! pic.twitter.com/UdlNgYPZ0M