MJF And Wardlow Vs. Luchasaurus And Jungle Boy Announced For AEW Fyter Fest 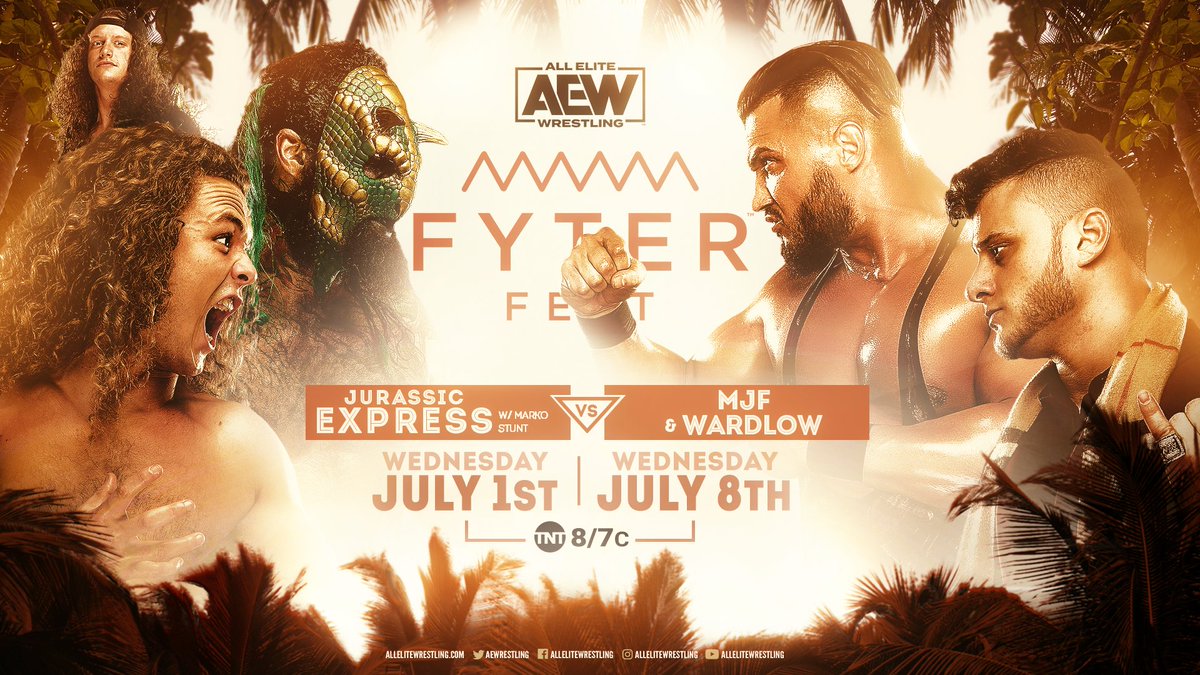 MJF and Wardlow will take on Jungle Boy and Luchasaurus at AEW Fyter Fest, which airs on July 1 and July 8 at 8 pm ET on TNT.

Wardlow was able to defeat Luchasaurus in a Lumberjack Match on tonight's AEW Dynamite after hitting a lowblow kick and a F-10. A brawl broke out between Jurassic Express, MJF, and Wardlow after the match, so AEW President Tony Khan told commentary the Fyter Fest tag match was official.