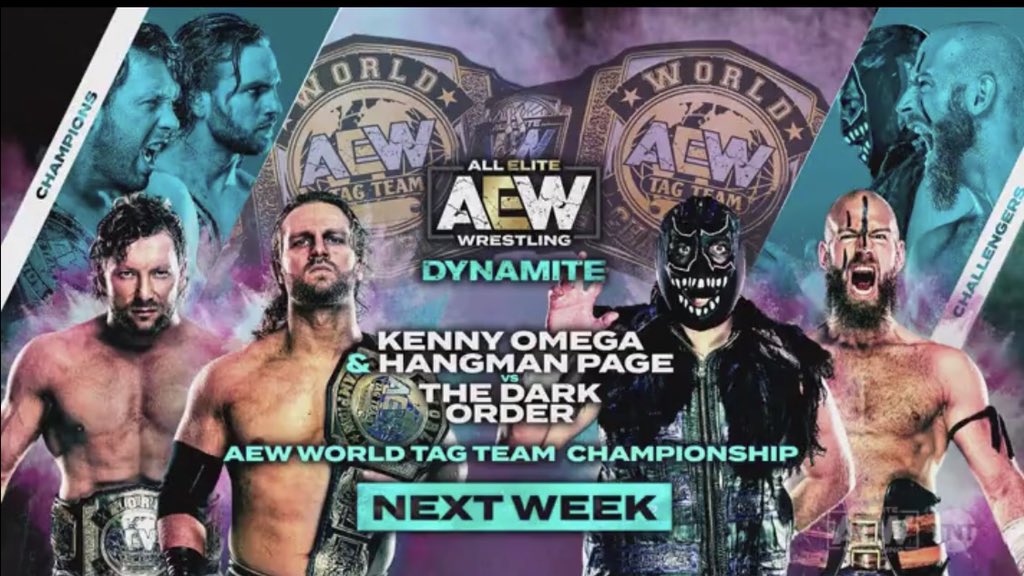 On tonight's AEW Dynamite it was announced there will be two title matches on next week's show. AEW TNT Champion Cody will yet again defend his title, but an opponent has yet to be named.

AEW World Tag Team Champions Hangman Page and Kenny Omega are set to defend their titles against the number one ranked Evil Uno and Grayson.

Also, it looks like Ricky Starks is now working with Brian Cage and Taz after helping out Cage both tonight and on last night's Dark. Stark attacked Darby Allin as he made his way to the ring tonight, allowing Cage to completely dismantle the AEW star. Jon Moxley came out to the ring with his barbed wire bat and chased the duo off. Now the two groups will meet in a Tornado Tag Match on next Wednesday's show.

Be sure to check out our live coverage of tonight's show.

Below is the current lineup for Wednesday's Dynamite: