Casino Battle Royale Announced For AEW All Out 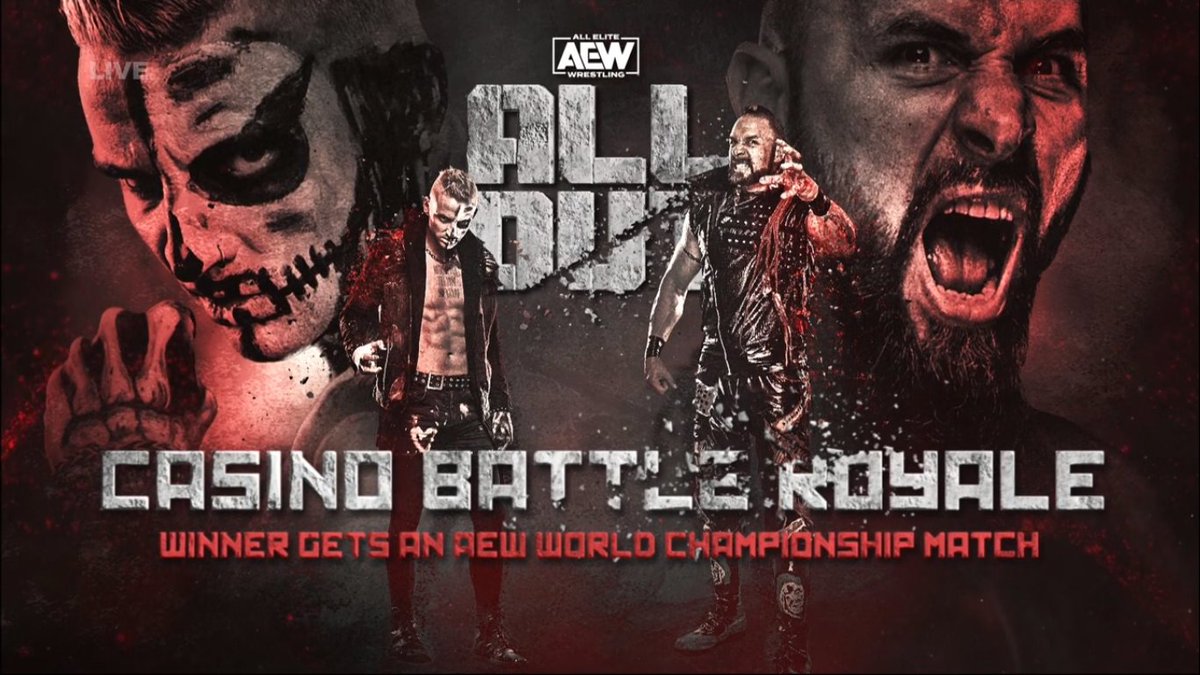 On tonight's AEW Dynamite, a 21-man Casino Battle Royale was announced for AEW All Out on September 5.

Darby Allin, Lance Archer, FTW Champion Brian Cage, Ricky Starks, Eddie Kingston, The Blade, The Butcher, Fenix, and Pentagon Jr. have already been added to the match so far. The other entrants will be announced over the next week. The winner will receive a future shot at the AEW World Championship.

Be sure to check out our live coverage of tonight's show.