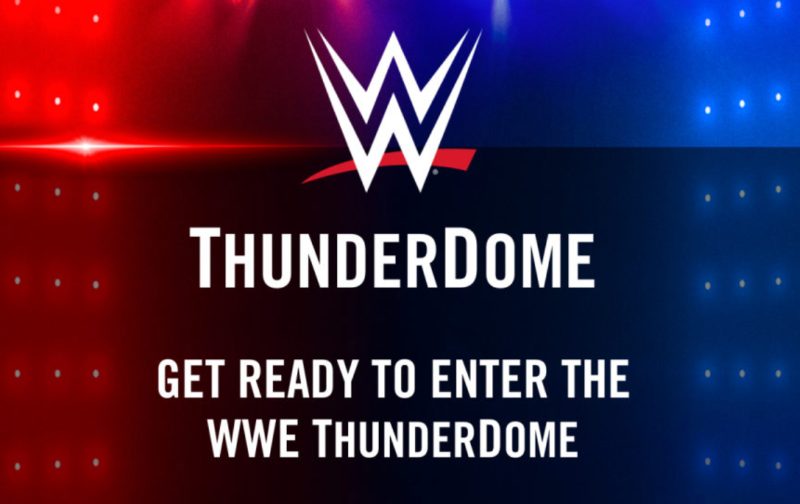 It looks like we are about to see a different setting for WWE shows each week. The company has now confirmed ongoing reports of an extended residency at the Amway Center in Orlando, Florida, according to SI.com.

It was noted that WWE has rechristened the Amway Center as the "WWE ThunderDome" during their stay. Starting with this Friday's SmackDown, all future events, including RAW, SmackDown, and pay-per-views will be taking place from the ThunderDome. There has been no word yet on changes to 205 Live, Main Event, or NXT.

WWE Executive Vice President of Television Production Kevin Dunn took some time to speak with Sports Illustrated about what fans can expect from this new experience. He explained that the ThunderDome will include pyrotechnics, drone cameras, and video boards to give audiences something unique.

"When people think of WWE, most think of the spectacle that we are, but it was just impossible to put on a spectacle in the Performance Center," said Dunn. "Moving to Amway, and unveiling the ThunderDome, the opportunities are limitless.

"We can now do things production-wise that we could never otherwise do," he added. "We're flying drones in the arena, we are putting a roof inside the Amway Center, and we'll be able to project content onto the roof. So when a big star like Drew McIntyre comes down to the ring, the whole arena will turn into his content with lasers, pyro, smoke, projections on the top of the building and on the floor. It will be a big, beautiful entrance, better than WrestleMania."

Dunn says that the "almost 1,000 LED boards" will feature virtual fans live via video streaming, something that WWE officials hope will make up for the absence of the in-person audiences. Starting on this Monday's RAW, fans will have the ability to register for their own virtual seat by using the website www.WWEThunderDome.com. This service is reportedly being provided through a company called, The Famous Group.

"Like the NBA, we're doing virtual fans, but we're also creating an arena-type atmosphere," Dunn explained. "We won't have a flat board, we'll have rows and rows and rows of fans. We'll have almost 1,000 LED boards, and it will recreate the arena experience you're used to seeing with WWE. The atmosphere will be night and day from the Performance Center. This is going to let us have a WrestleMania-level production value, and that's what our audience expects from us. We are also going to put arena audio into the broadcast, similar to baseball, but our audio will be mixed with the virtual fans. So when fans start chants, we'll hear them.

"We start on Friday on SmackDown, and it will be a learning experience. We have two days of testing, and we're going to practice like hell, then we're off to the races. We may have fans for certain entrances, standing up and cheering for the typical babyfaces. But someone like Bray Wyatt, who is so character-driven, the entire Amway Arena will be one big Fiend-dom. That's our opportunity to be different from sports, where we can present these larger-than-life characters uniquely. This will be great for people watching at home across the globe, as well as the ones participating."

Throughout all of this, WWE has guaranteed that social distancing, wearing masks, and other COVID-19 protocols will continue to be enforced. There are still no plans to have fans return to shows any time in the foreseeable future.

"We're going to have a very tight set that is focused on safety for our performers," said Dunn. "Everyone is going to be tested all the time. It's really important that our performers feel safe. It's open-ended [with the future]. Obviously, we want to get back in the live event business. We rely so much on our fans. The Amway people have been fantastic to work with, and we look forward to staying as long as it takes."

Dunn mentioned how appreciative he and his fellow WWE staff members are for the fans that have continued watching the product through the pandemic. He believes that this new interactive experience will bring excitement back to their live shows.

"We're grateful and so appreciate the fans are hanging with us," said Dunn. "It's been tough. The shows haven't been what we'd like them to be, and we'd be dishonest saying anything else. We miss our fans. Our fans make our shows. Without them, it's been really challenging. I can't wait to see the ThunderDome full of 1,000 people, giving us the energy we need to make this as entertaining as possible. I think people watching and participating are really going to enjoy this, and it's going to make people say, 'Wow, WWE, it's back.'"

As noted this past weekend, WWE is scheduled to conduct their shows at Orlando's Amway Center through October 30, according to Jon Alba of MyNews13.

Previous Article
The Blue Meanie On How Dominik Will Fare Against Seth Rollins At WWE SummerSlam
Next Article
Jerry Lawler On Kamala's Run In WWE, The Health Issues He Was Coping With Prior To Passing