WWE Trucks Arrive At The Amway Center In Orlando, More On WWE Airing Live TV From The Arena (Video) 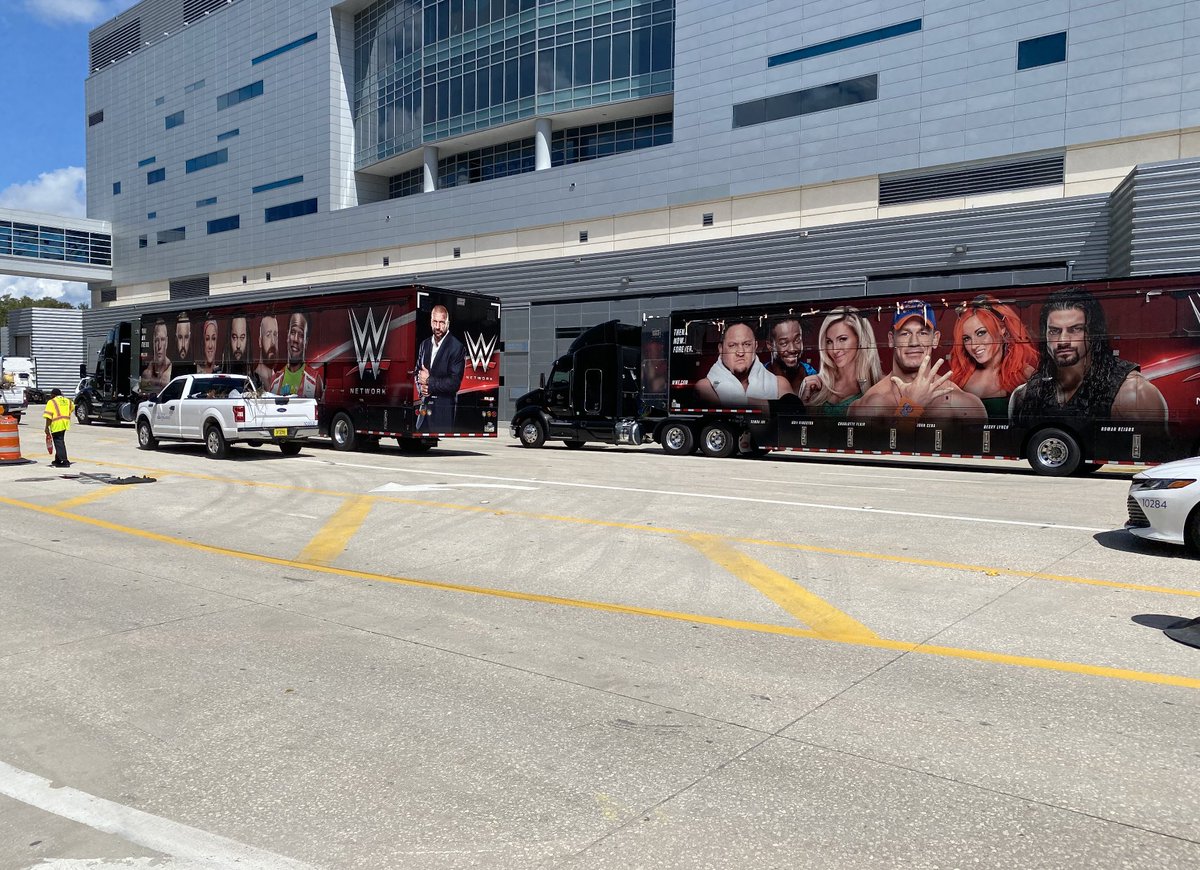 WWE production trucks have arrived at the Amway Center in Orlando, Florida.

As we've noted, WWE is planning to announce the Amway Center as the SummerSlam location. They are also planning to host other upcoming events at the arena under what was described as a new "long term residency" at the venue. Local reporter Jon Alba tweeted the following video of WWE loading their equipment into the building today.

WWE is set to tape upcoming pay-per-view and TV events from the Amway Center. You can click here to read our recent report on a very interesting new "interactive experience" WWE has planned for the venue, in which fans will be shown on large LED boards.

The Wrestling Observer Newsletter reports that the return to live TV will begin with next Friday's SummerSlam go-home edition of SmackDown on FOX. If everything goes smooth with SummerSlam Weekend, the idea is to host as much live TV as possible from the Amway Center for the forseeable future.

The return to live programming outside of the Performance Center will mean an increase in production costs that the company has saved on while filming at their own facility. It will also mean talent and staff will be traveling twice as much, assuming they stay with live programming, and effectively ignoring the 14-day quarantine mandates set by states like Connecticut and New York.

The WWE NXT brand will not be impacted by the main roster move to the Amway Center as the current plan for the black & yellow brand is to remain at the NXT Arena on the campus of Full Sail University in Winter Park, FL.

Stay tuned for updates. You can see Alba's video and photos below: