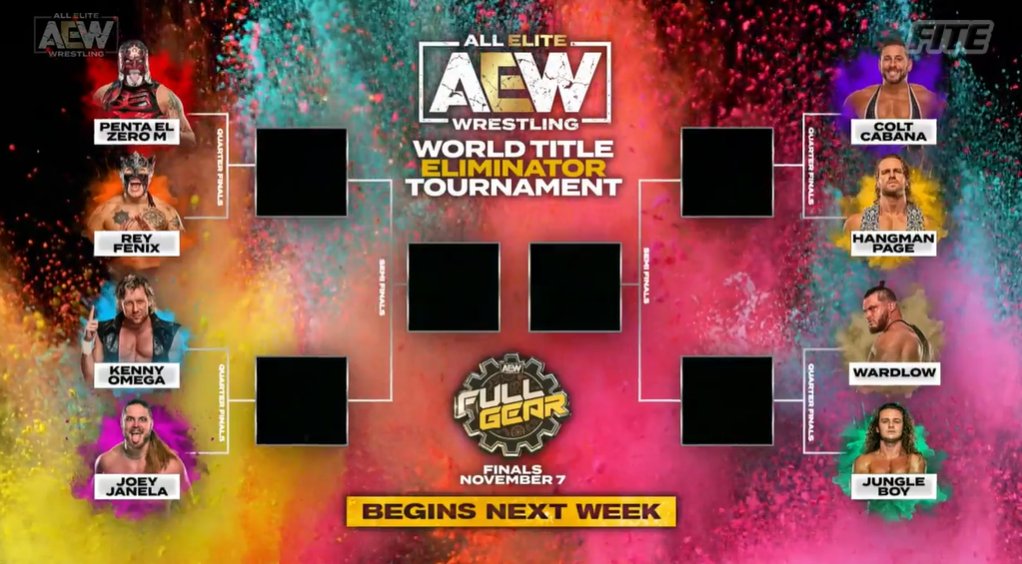 The tournament will begin next week. The finals take place at AEW Full Gear on November 7 with the winner receiving a future AEW World Championship Match.

The bracket was also revealed tonight. The left side features:

On the right side of the bracket:

The #AEW World Title Eliminator Tournament begins NEXT WEEK. You ready or what?! #AEWDynamite pic.twitter.com/zJ9WY9OE4W