Speculation On Mercedes Martinez No Longer Being A Part Of Retribution

There is speculation that Mercedes Martinez is no longer a part of Retribution, the vigilante stable that is now officially a part of the Monday Night Raw roster. Although this cannot be confirmed, several signs point to Martinez not being a member of Retribution anymore.

Furthermore, a new piece of possible evidence came to light on Wednesday when Mustafa Ali, the leader of Retribution, uploaded a graphic on Twitter with five images all displaying reasons why each member joined the stable. Interestingly, Martinez was not featured or tagged as part of the post.

It should also be noted that T-BAR is following only four people on Twitter and Martinez is not one of them. 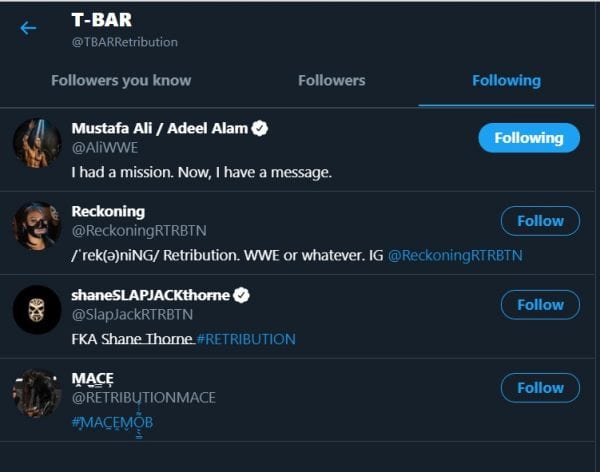