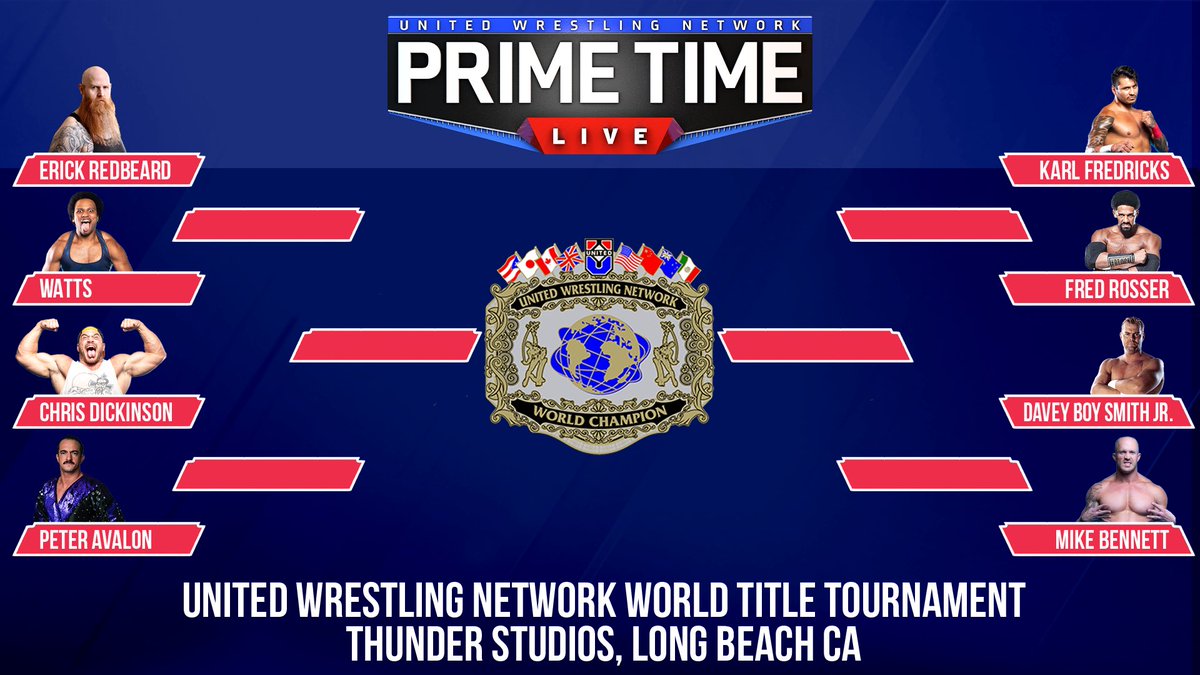 As noted at this link, United Wrestling President Dave Marquez announced last week that they will be holding a multi-week eight-man tournament to crown the first-ever United Wrestling Network World Champion.

During tonight's episode of "Primetime Live," the eight competitors were announced.

"Primetime Live" is NWA and United Wrestling Network's weekly PPV series that is available to stream on FITE.

Below is the bracket:

These are the eight men who will compete in the upcoming open-weight, multi-week tournament for the #UnitedWrestling World Championship!#PrimeTimeLive pic.twitter.com/AulYoknLDs