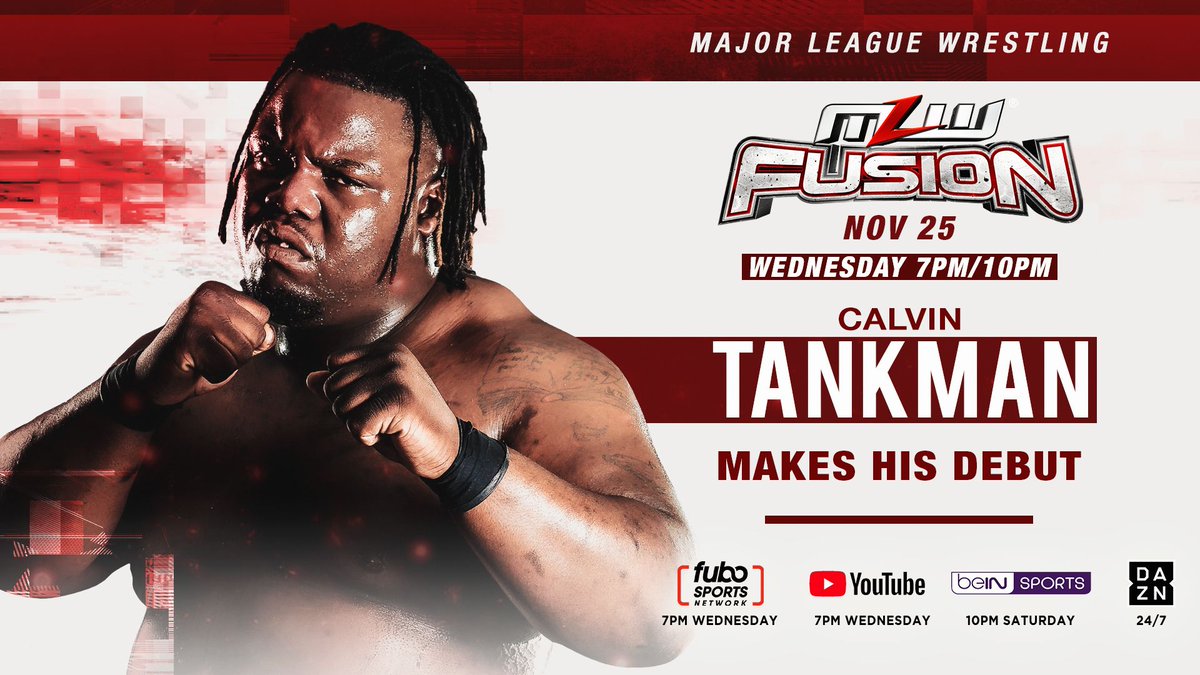 For tonight’s MLW Fusion, the “Heavyweight Hustle” Calvin Tankman will make his official in-ring debut. Tankman originally signed his contract with the company in April, but due to COVID-19, he hasn’t had the chance to compete on The Restart just yet. Just last month, the hybrid fighter won his scheduled match via knockout on Alexander James at Josh Barnett’s Bloodsport 3.

We’ll also get an injury update on the National Openweight Champion Alex Hammerstone, who was attacked by a masked assailant from CONTRA Unit after the MLW World Heavyweight Champion Jacob Fatu successfully defended his championship against Davey Boy Smith Jr.

The Opera Cup ?? Wednesday 7pm
?? Where to watch: https://t.co/nK4b3yyWeK pic.twitter.com/RmHSTXshYr

The Opera Cup ?? Wednesday 7pm
?? Where to watch: https://t.co/nK4b3yyWeK pic.twitter.com/zBbD7hYA2W

?? After the CONTRA attack, how badly hurt is @AlexHammerstone?