To hype up the match, AEW star Chris Jericho took to Instagram on Thursday and wrote, “Get ready for the FIRST EVER 7 on 7 match in @allelitewrestling history, THIS WEDNESDAY on #AEWDynamite! The newly united #InnerCircle will dominate and destroy as always! @aewontnt #SexyHooligans.”

Although Jericho edited the post later, he initially wrote, “FIRST EVER 7 on 7 match in pro wrestling history,” as evident in the screengrab below.

Even after Jericho edited the caption, several fans called him out and deemed his post to be inaccurate. They reminded him of the 7-on-7 elimination match at WWE SummerSlam 2010 featuring Team WWE against The Nexus. Jericho was part of Team WWE along with Bret Hart, Daniel Bryan, Edge, John Cena, John Morrison, and R-Truth. Some fans also pointed to the 7-on-7 women’s match at Survivor Series 2013.

However, several fans came to Jericho’s defense. One fan wrote, “reading is fundamental people. The man stated clearly and even tagged AEW. First time in AEW a 7v7 tag match.” Another fan wrote, “Apparently you don’t know how to read. It says the caption has been edited. It was different before.”

See below for the screengrab of Jericho’s original post: 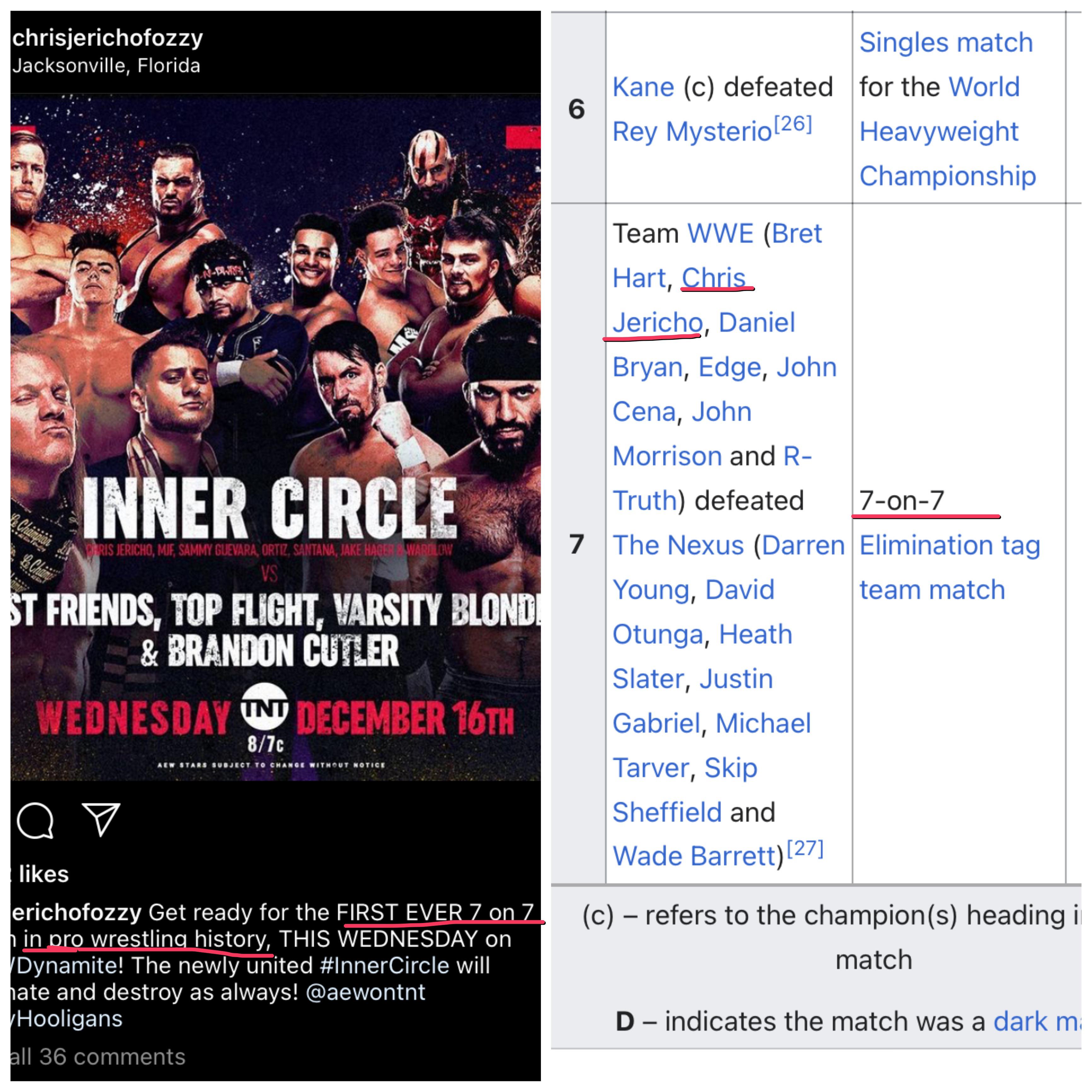