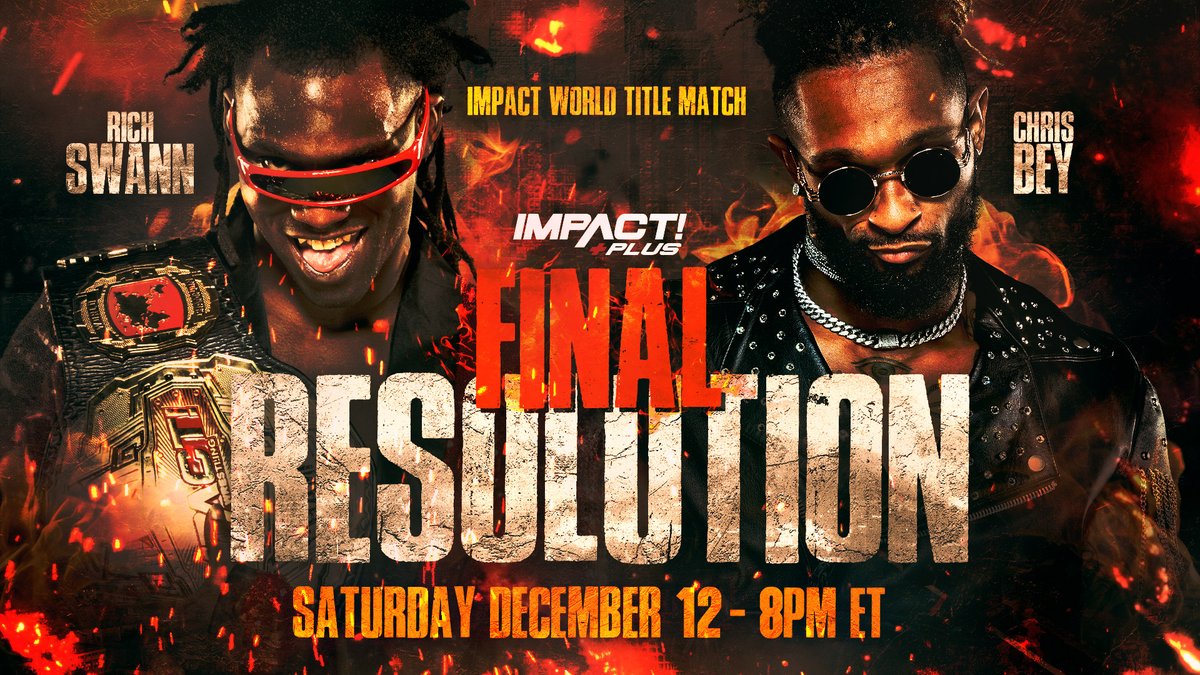 Although he did not win his main event match against Willie Mack this week, Chris Bey will square off with the Impact World Champion Rich Swann for his title at Impact’s Final Resolution exclusive event on Saturday, December 12.

For weeks, the former X-Division Champion has been looking for his chance to become the top contender for the World Championship. After his match with Mack, Bey put Swann away with his Art of Finesse and held the championship high above his head right after. Could this be foreshadowing what’s to come for Bey’s future?

After admitting that he was the one to put Doc Gallows on the shelf with an injury, Ethan Page has challenged Karl Anderson for a singles match at this said event. Page added a stipulation to the match: If he wins, he and Josh Alexander will get another shot at The Good Brothers World Tag Team Championships.

Below is the updated card for Final Resolution:

Final Resolution will broadcast exclusively on IMPACT Plus. Those who sign up now will recieve a free 30-day trial.

BREAKING: Following @DashingChrisBey‘s attack as IMPACT concluded, @GottaGetSwann has challenged Bey to a match at #FinalResolution on December 12th with the IMPACT World Championship on the line!