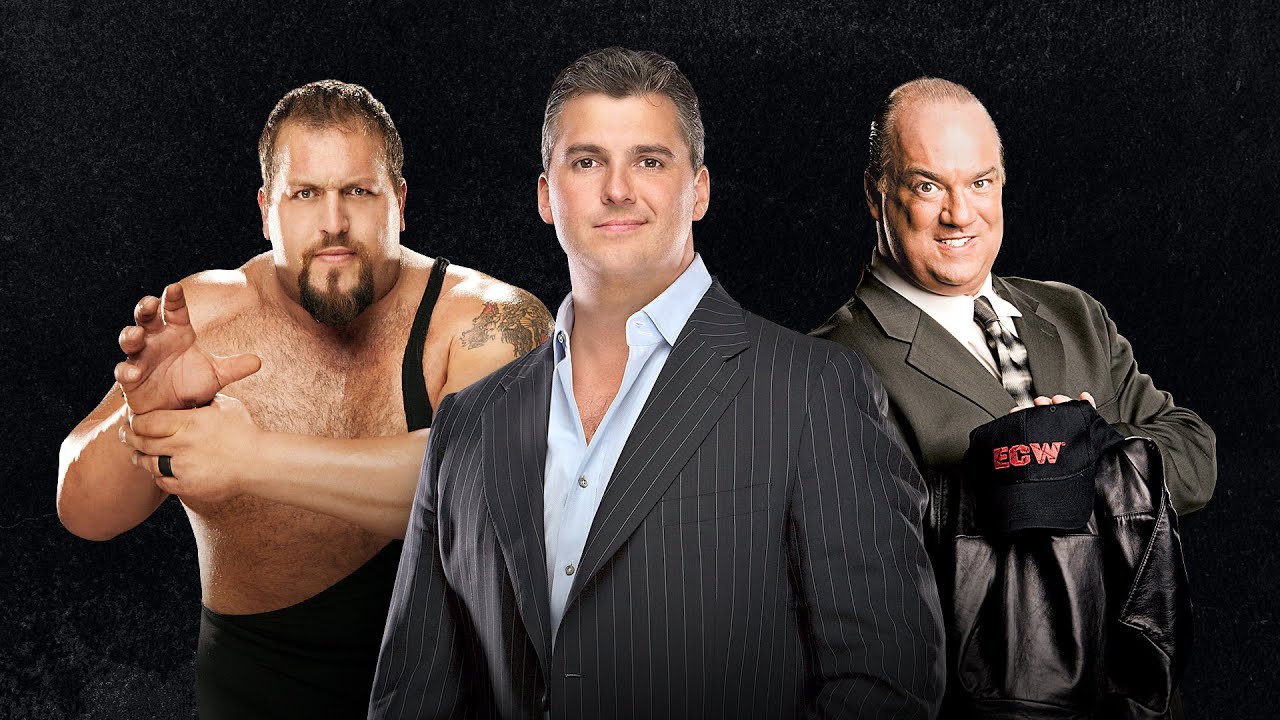 C.W. Anderson had a nearly 30-year career in the squared circle and for most of that time, he was known as “C.W. Anderson.” However, during his run with WWE’s version of ECW in 2006-07, Anderson was called Christopher W. Anderson.

WWE is well-known for changing the names of its superstars and Anderson revealed why his name was changed when he joined The Wrestling Epicenter.

“I wrestled one TV match with CM Punk which was fine. I always liked wrestling Punk. And, they were getting ready to push me. But I wrestled Kevin Thorn and I blew out my S5 and S1 again. I was done. I would be left off of loops,” recalled Anderson. “It would be Saturday night and I’d be at home or hanging out at a local show and WWE would call and say, ‘We need you on a plane in the morning to get back on the road.’ I’m like, ‘What the Hell?’

“But yeah, that whole WWE version of ECW sucked because he [Vince McMahon] had control of it and started implementing his guys and didn’t let Tommy [Dreamer] and Paul [Heyman] have control of it…

“And then they changed my name to that stupid Christopher W. Anderson because he said, ‘I don’t want people to think you work for the CW Network.’ Who do you think they got the idea from? The very first time the two actors were promoting the CW Network in TV Guide, they’re doing my CW sign! And then he was like, ‘Well, we’re going to change your name because CM Punk, CW Anderson, it is too close!’ Yeah, I get it! I was a little heavier then, Punk was slim. Punk had hair; I was bald. He wore trunks, I wore a singlet. I guess people would see us as twins!”

A couple of years ago Anderson called out Paul Heyman for his handling of ECW and added that Tommy Dreamer “kept us afloat.” Heyman then responded by referring to Anderson as a low-level stooge who snitched on the ECW locker room.

It’s been four years since that war of words and Anderson was asked if he and Heyman ever patched things up.

“I haven’t talked to him since. Tommy was trying to mediate saying, ‘Paul, what the hell are you doing calling CW a low-level stooge?’ Who did I ever stooge off to? He was paying me $75 a night and yet I was his flavor of the month when I first came in. I couldn’t do no wrong! I guess he didn’t mention on Twitter that he got down on his hands and knees and begged me not to go to WCW after my Massacre on 34th Street match [in 2000]? I guess he didn’t mention that,” stated Anderson. “He thought I was going to WCW. I wasn’t going to because I’m loyal to who hires me and I loved ECW and I would have stayed. He got mad that I said he was in LA filming Rollerball when he was telling us that he was out there to save us by talking to the USA Network.

“It is funny because I did an interview with three or four ECW guys including New Jack and New Jack started telling that same story and he never saw me post that before. Of course, Paul didn’t say anything to New Jack because he knew New Jack would kill him. Paul felt he could pick on me because I wasn’t New Jack. What people don’t realize is because they were kiss asses and they were kissing Paul’s ass. When I came back with my story, you could hear crickets. The people that sided with Paul were trolls because they didn’t know the true story. That [Rollerball] story was told to me from higher ups. I didn’t make that s--t up.”

After not appearing in a major promotion since TNA in 2010, Anderson popped up in NWA in late 2019. He wrestled three matches there including the last of which earned him an NWA contract. However, the pandemic then happened and NWA didn’t run shows for most of 2020 until restarting events at the end of the year.

Anderson discussed his stint with NWA Powerrr and if he would consider working with them again.

“I loved working NWA Powerrr! I knew Billy Corgan from ECW. He brought me in to do some stuff and I had some really good matches. I knew most everybody there. It was the closest to the ECW locker room that I’ve seen in a long time,” said Anderson. “Everybody was there to help each other out. You had agents there like Homicide, Trevor Murdoch, Simon Diamond, Crimson… Guys I think of the world of who were agents plus wrestling and still there to help everybody else. That is the kind of thing that I like. When you’re out there to get yourself over and you come back and still help everybody else, that is what I love about this business.

“If Billy decided to bring it back and do something with it, I would want to be one of the first ones there! I absolutely loved working with Billy, Dave Lagana, and all of those guys.”

In June 2020, Anderson posted a Facebook video where he announced his retirement. However, he recently stated his intention to return to the ring as he still has more to give the business. He explained why he originally posted that emotional retirement video and what led him back to the ring.

“Without getting into too many details, those who know already know I was in a very dark place over the summer to where you would only hear the bad news from the other wrestlers. You know, I know some people believe in God, some people don’t. I was one that didn’t. I believed the Bible was a book of myths. But the day I posted that [retirement announcement] video was kind of my own cry for help,” revealed Anderson. “A local preacher reached out to me a few days after that and that is when things changed for me. The reason I did it, again, is I was in a real dark place and I was listening to others and I thought it was the thing to do to make others happy. But at the end of the day, it was supposed to be making me happy. I realized after a few months; I made a big mistake.

“I wanted to walk away from wrestling on my own but when I felt I had nothing left to give. For people that know me, I just turned 50 years old. I get called Benjamin Button [laughs]. The older I get, the younger I look! If you look at me in ECW, and January 7th was the 20-year anniversary of [the ECW Guilty as Charged] I Quit match on my 30th birthday. I look better now than I did then. I’m in better shape, I move faster… I get called, yeah, that I’m Terry Funking it. But, after this, when I do decide to retire, it will be when I have nothing left but there won’t be another one of those emotional videos.

“The night after that video, I collapsed. It was bad. It was really bad. But, since then, things have gone nothing but gone upward. I was talking to my fiancé, my girlfriend at the time, she used to be my valet and she still will be when we get back going again. She told me to do what makes me happy and she knows that wrestling makes me happy. I knew it wasn’t going to be like it was before with this pandemic but to get back in the ring again, man, it is like my home! It is something that I’ve been doing for 27 years.”

Previous
Video: Mick Foley Shows Off His Brand New Look
Next
Ryback Talks WWE Working With Social Media Outlets, How They Suppress Talent On Those Platforms