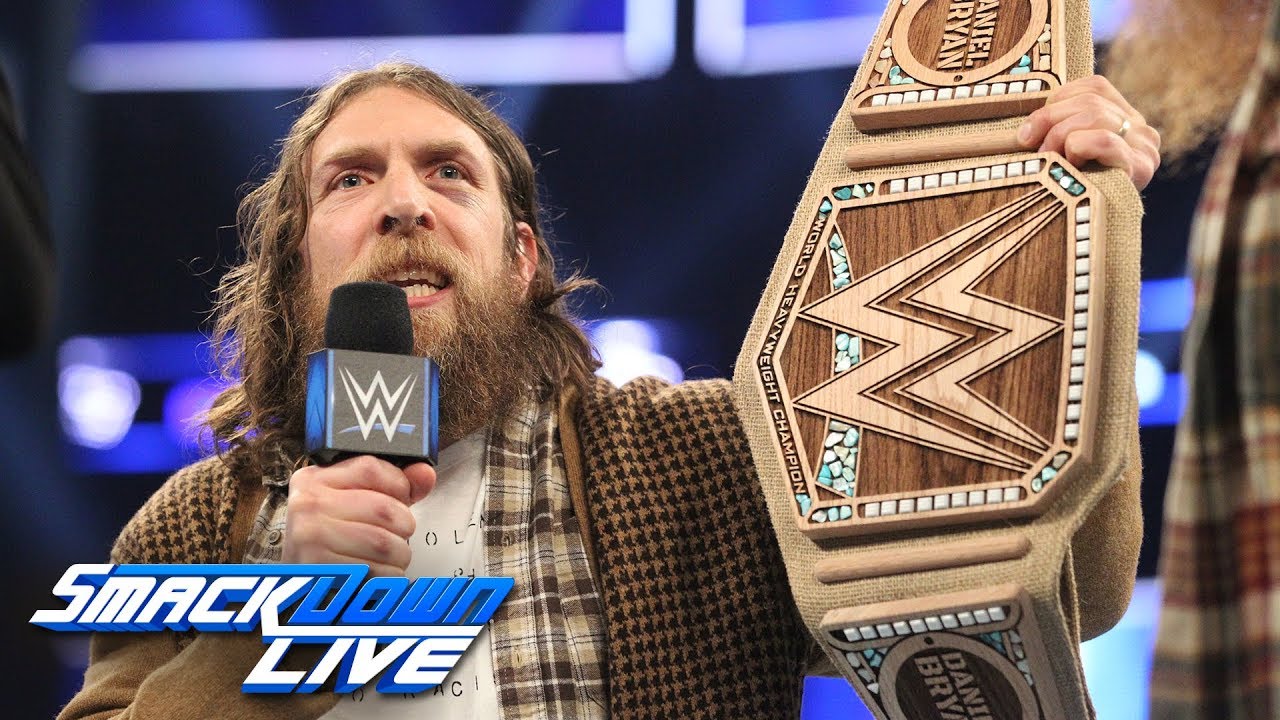 In November 2018, Daniel Bryan shocked the world when he defeated AJ Styles with a low blow to begin his fourth reign as WWE Champion. In the process, he turned heel for the first time since 2012 and introduced the WWE Universe to the “Planet’s Champion” and “The New” Daniel Bryan.

During a recent chat with Miguel Uceda of SoloWrestling, Bryan admitted that his heel run in 2018-2019 was “by far” his favorite run as WWE Champion.

“Being the Planet Champion was by far my favorite,” said Bryan. “It’s interesting because in WWE my reigns have never been very good [laughs].

Bryan felt that dropping the “hemp championship” to Kofi Kingston at WrestleMania 35 was the perfect way to end his reign.

“I loved the way it started, and everyone who competes hates to lose a championship, but if we’re going to lose it, let it be in a great match at WrestleMania against someone who really deserves it, and that’s what happened when I lost that one against Kofi Kingston. I had a lot of fun with that reign and I loved the hemp championship.”

During the interview, Bryan also addressed his recent comments that he plans to transition into a part-time wrestler.

“I want to fight until I’m old, and I mean very old. I love wrestling and have always been inspired by people like Jerry Lawler and Terry Funk, and even European wrestlers like Jonny Saint, who was fighting in his 60s and 70s, and not because they needed the money, they did it because they loved to do it. ”

Bryan said that he was willing make changes to his in-ring style to wrestle into his 50s and 60s.

“And obviously as you get older your style has to change, because when I’m 50 I won’t be able to fight like I do now, and right now I can’t fight like I did when I was 25.”

He continued, “You have to adapt and evolve. I still have a passion. very profound about this and I enjoy it very much, it is very difficult for me to accept the idea that I will not be able to do this again. Why ?! Why ?! Even if it is fighting in a veterans hall before 75 people, I would just do it for fun. It’s something I really like, so the idea of a full-time retirement is very boring for me.”

Bryan is currently one of the odds-on favorites to win the men’s Royal Rumble match next Sunday and potentially face Roman Reigns for the Universal Championship at WrestleMania in April.

Previous
Jon Moxley On If He Still Speaks To Roman Reigns, Seth Rollins
Next
The Undertaker Reveals That His WWE Contract Has Changed, Talks Steroids
Follow @WrestlingINC