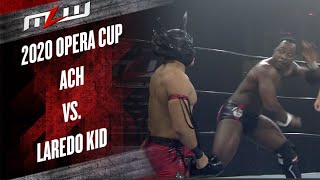 Earlier today, MLW announced that they are in talks with working with Lucha Libre AAA Worldwide.

The promotion hinted that the talks are moving along at an “imminent pace.”

If it happens, Laredo Kid will defend the AAA World Cruiserweight Championship in MLW soon.