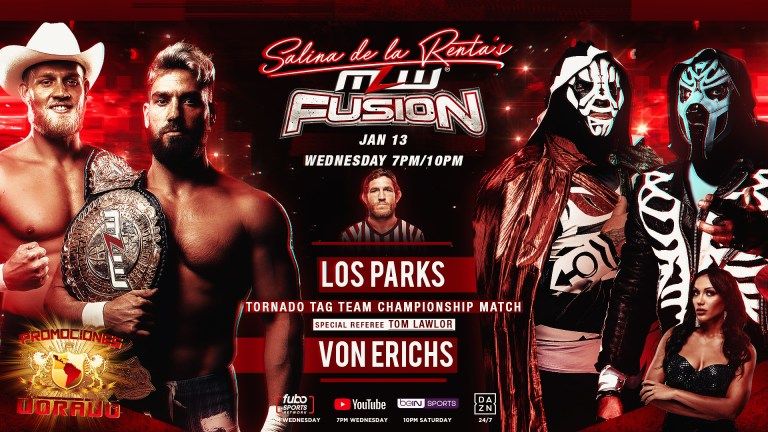 Los Parks (LA Park and Hijo de LA Park) are now the new MLW World Tag Team Champions, having won the titles on this week's MLW Fusion. This will be their first reign with the titles. It'll also be the first time in MLW history where a father and son have held this championship together.

Los Parks gained the pinfall victory with the help from their manager/host of tonight's show Salina de la Renta, as well as LA Park Jr.'s interference in the match and "Filthy" Tom Lawlor starring role as their guest referee. Before the extra involvement, both teams seemed to be doing well in the matchup.

Despite losing their titles, Ross and Marshall Von Erich will go down in MLW history as the longest-reigning champions with 416+ days. They initially won the titles against MJF and Richard Holliday at Saturday Night SuperFight on November 2, 2019.