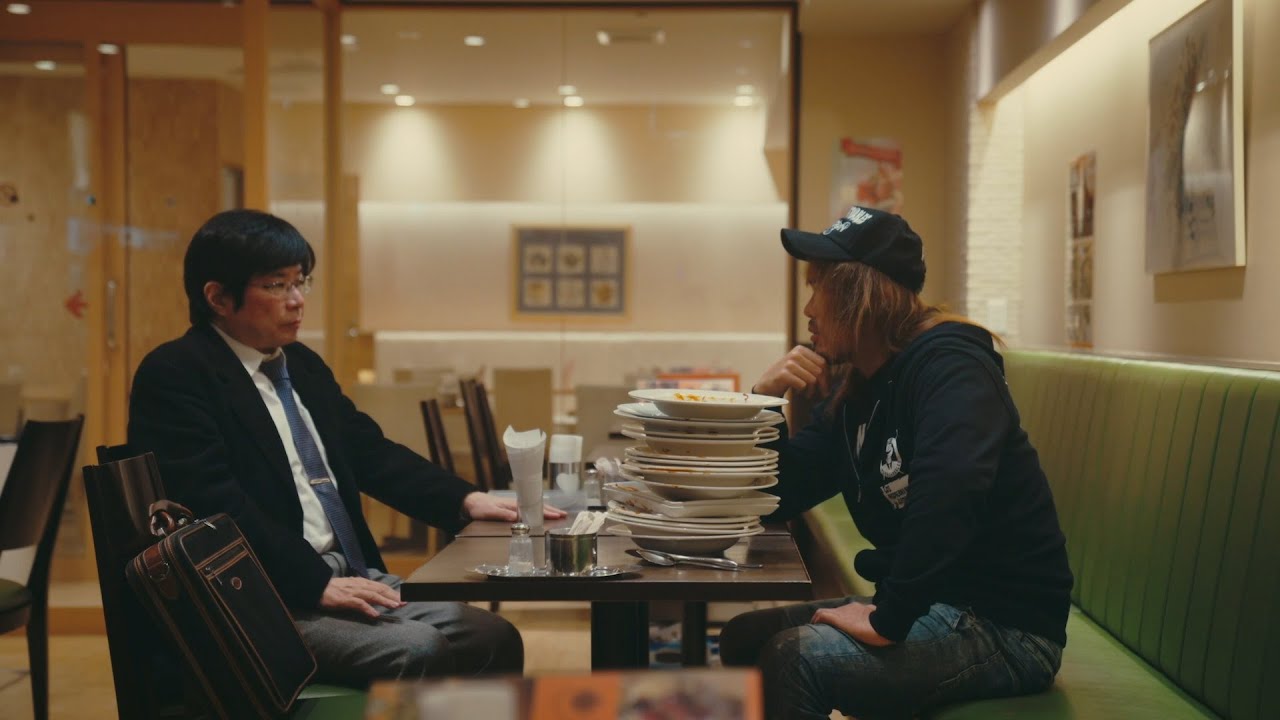 On PWI’s digital-only issue “Inside NJPW”, which is available for download, Walter Yeates sat down with new NJPW President and CEO Takami Ohbari who took over after Harold Meij resigned in September. Ohbari previously served as CEO of NJPW of America, and in the interview, he opened up about himself as well as plans and goals he hopes to help NJPW achieve.

Ohbari first opened up about his 20-year career in the IT industry as well as going to business school in America. He stated that working for NJPW was a childhood dream, and he talked about working with NJPW’s partners at TV Asahi as well as the Japanese government. He revealed that the main things he was working on was on the digital marketing side of things as well as improving NJPW World and NJPW’s TV footprint in Japan.

NJPW of America was launched in late 2019. Ohbari noted that the pandemic halted plans NJPW had, and he discussed more details about running NJPW of America during it’s early stages.

“Well, as we were growing our business globally, the idea behind NJoA was to have a place for our contracted talent to be able to wrestle overseas, and to create an opportunity for wrestlers based outside of Japan to wrestle for NJPW while they are overseas,” Ohbari explained. “Before the COVID pandemic hit, we were able to do that to the point where we had touring routes set up across the whole of the United States, and we have staff and partners over there that have the know-how and the tools to produce constant touring events.

“Now, live tours are obviously on the back burner at present, but, with the help of our amazing sponsors at LEC, we’ve been able to produce NJPW STRONG on a weekly basis, and that’s gone a long way [in] achieving what the original goal for NJoA was in the first place. Pre-pandemic, we were also planning to open a physical Tokon Shop for fans to visit in LA, and, although COVID has delayed  those plans somewhat, we have been able to launch Tokon Shop Global and have fans all over the world support NJPW remotely.

“The pandemic has delayed our plans globally, but by no means has it put a stop to them. We’re already making preparations to go all out as soon as the global situation is resolved; things overseas move at a tremendous pace, and that will mean I will take a more direct approach with things in NJoA in the near future. Having said that, we have an incredible team of dedicated and very capable employees over in the States, so it’s entirely possible for me to manage our business in both Japan and America at the same time.”

Ohbari assured that NJPW’s plan on running events in different arenas in Canada and the United States was still the goal for NJPW. He talked about how NJPW’s global expansion is still important for the company, but he noted that without live crowds, that will make things difficult for a company that relies on live events.

“Absolutely. Our global advance is something that’s incredibly important to NJPW, and it is continuing,” Ohbari said. “Obviously, it’s live events where we are most visible, and, without live crowds, it can appear on the surface as if things aren’t moving. But rest assured that a lot is going on behind the scenes as we speak.”

When asked about NJPW’s immediate and long-term goals, Ohbari went into detail about NJPW reaching a point where they can run events both in Japan and in the U.S. simultaneously. He also hopes that in 2022, NJPW’s 50th year, the company can regularly earn about $100 million a year to where they can run big events in Japanese stadiums and big U.S. venues like Madison Square Garden regularly.

“Our mission as a company is to bring joy and strength to people through professional wrestling,” Ohbari stated. “It’s been important to us not to let that “Strong Style” spirit that’s been part of our identity for nearly 50 years be extinguished by the pandemic, and we’ve worked to do all we can so we can achieve our mission both during and after COVID.

“In the immediate future for us as a company, it’s important to be able to increase our earnings through means that aren’t affected by limited crowd sizes or empty arenas, in other words through online shopping and better monetization of our content. In 2022, when we celebrate 50 years as a company, NJPW will be able to bring together what we can do as a live event powerhouse, and these newer earnings sources, which I think will make us stronger and more profitable than we ever have been. If we can continue our plans for events in the U.S., then the plan will be to have events happening in Japan and internationally simultaneously, and having fans keep on track of everything live.

“We want to create stars that make NJPW a popular brand on both sides of the Pacific and beyond, which will only serve to make our content more valuable worldwide. If we keep on track with our plans for our 50th year, then I see a clear route to regularly earning in the 10 billion Yen (approx. 100 million USD) range annually, and that’s where you’ll see large-scale events in Japanese stadiums and big U.S. arenas like Madison Square Garden on a regular basis.”

This past Wrestle Kingdom was another two-night affair as was last year’s. However, while Ohbari expressed his desire for NJPW to show it’s “Strong Style” mentality, he did not confirm if Wrestle Kingdom would remain two nights permanently. He did express NJPW’s desire to run more large-scale events in not only the other four major domes but also outside of Japan.

“That’s been an ongoing discussion for a long time now,” Ohbari noted. “I think there are a lot of interesting possibilities for large scale events, and not just in Japan.”

The launch of NJPW STRONG last summer has seen the development of the LA Dojo as well as more wrestlers recruited into the dojo as well. NJPW already as their own dojo in Japan, the Noge, and New Zealand Dojos, and Ohbari discussed the rumors of NJPW creating a dojo in the UK.

“Setting up an NJPW Dojo is no easy task,” Ohbari pointed out. “There’s a spirit and deeply baked traditions that have created our Noge Dojo and allowed us to produce the best wrestling talent for half a century now.

“That history, that tradition, and that spirit is what makes NJPW what it is today, and we feel that spirit, even in a different form, is what informs our Dojos in New Zealand and Los Angeles. Certainly, the prospect of more international Dojos is exciting, but the sanctity of what they do is very important, and we want to focus our efforts on our current Dojos for the time being.”

NJPW have expressed their desires to expand into the U.S., but Ohbari also talked about running more events in Australia and England. He was also asked if NJPW would run a tour in Mexico with their partners there in Mexico.

“We ran events in the U.K. and Australia in 2019 to a tremendous reception, so we are absolutely open to that possibility. We have maintained a strong relationship with CMLL for many years now, and our first milestone as far as possibilities with CMLL are concerned will be to have our annual Fantastica Mania tour return to Japan, which we hope will happen as soon as the pandemic dies down. After that, a Mexican tour is a very interesting idea!”

Ohbari was then asked what he feels are the biggest challenges for NJPW as they continue their international expansion. He noted NJPW’s 50-year history setting up a loyal fanbase in Japan, and he also noted how vital free distribution and television will be along with talent acquisition.

“Here in Japan, we have the benefit of a 50-year history,” Ohbari noted. “There’s a legacy of legendary wrestlers, and our long-standing relationship with our partners at TV Asahi. That’s afforded us a very large and loyal fanbase to build upon. Overseas, we don’t have that luxury, and that’s a major hurdle for us. So, it’s a matter of getting the product in front of as many eyes as possible.

“To that end, obviously, social media and YouTube are good tools for us, but, in my view, free distribution and television are essential. Broaden that fanbase, and we’ll be able to attract more subscribers to NJPW World and be in a stronger position for live events. Another factor is talent acquisition. As we run more events internationally while retaining the same schedule domestically, we need more wrestlers that are able to represent us overseas.

“That’s an issue we’re addressing with NJoA and NJPW STRONG. If NJoA continues to perform, we will be well-set for the future, and we’ve built a great team of full-time employees over in the U.S. this past year that have the ability and know-how to make that happen.”

Ohbari then stated how important it is to use pro wrestling as a social good to continue to give people hope through the pandemic. He then elaborated on NJPW’s goals from a business point of view that he hopes to achieve as president.

“Business-wise, I’m aiming to increase our annual revenue by one billion Yen (10 million USD) per year until we can hit the hundred-million dollar mark I mentioned earlier,” Ohbari said. “That’s the level I believe we need to reach in order to really compete on a global level.

“While we’re certainly facing a lot of challenges at the moment, we are making significant strides in several areas of our business, and we’re seeing a lot of success in areas that aren’t necessarily connected with putting people in venues. We’re also seeing good returns in talent development, and I believe we have a deep roster of stars that  are ready to really show what they can do best, all over the world as soon as the global situation allows it.”

Ohbari spoke more about being a NJPW fan growing up saying his favorites at first were Tiger Mask, Antonio Inoki and Hulk Hogan. Later in life, he became a fan of the three musketeers, Keiji Mutoh, Masahiro Chono and Shinya Hashimoto.

He said that magazines were his way of keeping up with wrestling outside of Japan, but now, with the internet, he can easily keep track of wrestling overseas. He finally asked who his favorite wrestlers to watch on the current NJPW roster were.

“That’s a great question, but it’s one I can’t really answer,” Ohbari admitted. “It’s a bit like asking someone which family member they love the most, so I really can’t say there’s one wrestler I like more than anyone else. That goes for our veterans and legends, to the top Japanese wrestlers, to our international talent. If you earn the right to compete in an NJPW ring, you deserve the most respect possible.”

Yeates’ Ohbari interview is available both in English translation and in Japanese and is part PWI’s digital-only issue “Inside NJPW” that is available for download by clicking here.