ODB On Why She Was Cut From WWE Tough Enough 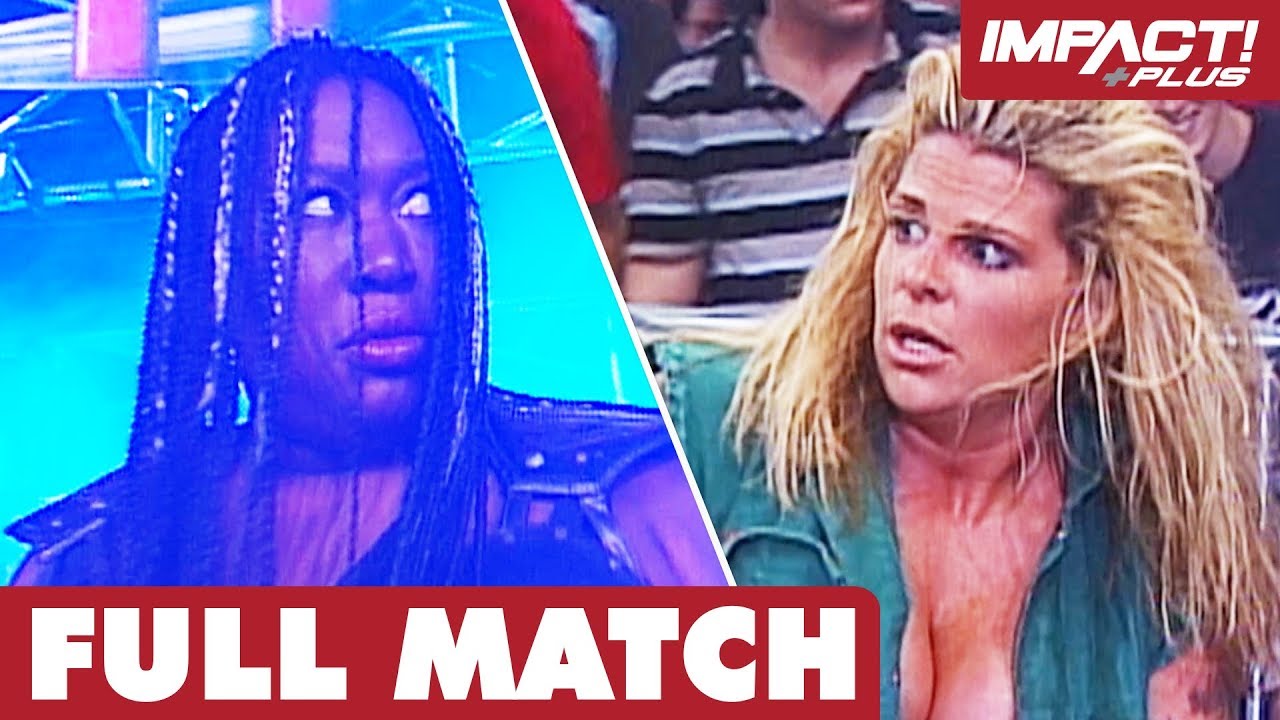 Whenever you hear the name “ODB” you either think of rapper Ol’ Dirty Bastard from the Wu-Tang Clan or you think of ODB from pro wrestling fame. It just so happened that when ODB the rapper died in 2004, ODB the wrestler was just making her imprint on the business.

Jesse Kresa is the real name of the pro wrestler ODB and she talked about the origins of her character’s name in an interview with Chris Van Vliet.

“Well, actually, my first taste of wrestling… back in the WWF days, the very first Tough Enough. I was like, ‘Oh my God! The easy way to get in wrestling is by sending my tape.’ My brother was like, ‘You need to have a cool name. Jesse’s not going to be colorful,’” recalled ODB. “He’s like, ‘One Dirty B**ch, ODB.’ I didn’t even think about the Wu-Tang Clan, Ol’ Dirty Bastard.

“Then, I did it and they made a nice little cool video. They sent me to New York and I made it to the Top 20, but I didn’t make it on the show, obviously. I’m so glad I didn’t because who knows what I would’ve been up to right now if I had been a reality star.

“I actually kept in contact with Al Snow. He actually remembered me from all of those people. Then, I kept seeing him on the Indie scene because when I got back home, I called up Eddie Sharkey, who trained The Road Warriors, Shawn Daivari, Austin Aries, and Ken Anderson. I started training and bam.”

That first season of Tough Enough crowned Maven and Nidia as the winners but the names who didn’t win are even more impressive. They include Josh Matthews, Chris Nowinski, Jackie Gayda and ODB, the latter two of which didn’t make the final 13 contestants.

ODB mentioned that WWE was looking for more reality stars than anything else and she expanded on that comment.

“I guess yeah because MTV was what they were on and WWF actually liked me. They were like, ‘Oh yeah, we see something in her.’ MTV said, ‘No, she doesn’t have a story.’ They actually were asking me questions if I was a lesbian,” revealed ODB. “They were like, ‘Do you like women?’ I said, ‘No, I like men.'”

MTV wouldn’t be the only TV network that had issues with ODB as when she joined TNA, their network, Spike TV, found her character to be controversial. Spike had problems with some of the language and word choices that ODB used and they asked her to tone down some of what she said.

“They kind of just said, ‘Watch your mouth a little bit,’” stated ODB. “I remember I would always make fun of the chicks for the weaves in their hair and call them whores. They were like, ‘Can you not call these women whores?'”

<em>If you use any of the quotes in this article, please credit Insight With Chris Van Vliet with a h/t to Wrestling Inc. for the transcription.</em>