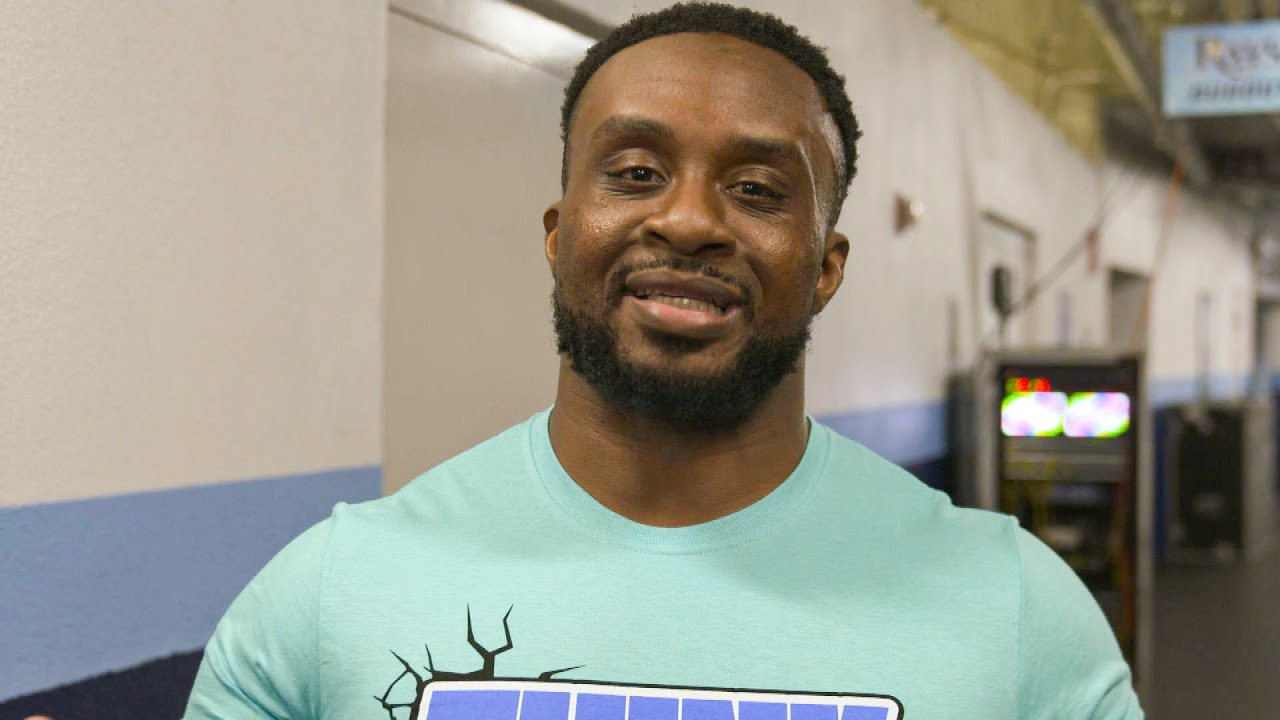 After Friday Night SmackDown went off the air, WWE Intercontinental Champion Big E was asked if being a part of the chaotic multi-man match would prepare him for Sunday’s 30-Man Royal Rumble match.

“I’m not focused on the chaos in the Royal Rumble, eliminating people, and people coming in and out,” he said. “That’s not what you need to focus on. You need to focus on someone who is so slick, who is so wet with baby oil and cocoa butter on his body — from head to toe and toe to head.”

Big E said that since he’ll be like “a greased pig” lubricated with oil, the other 29 men will have a tough time picking up him and throwing him off the top rope.

“When I glide into that ring, they can’t even pick me up because I’ll be like a greased pig, a sweaty hog, like a pig that a little boy in a farm is chasing but can’t get a hold of. That’ll be me at the Royal Rumble.”

In the early betting odds, Big E was listed as the odds-on favorite to win. However, his chances to win the men’s Royal Rumble match have dropped in the latest odds.