The full bracket has been revealed for the AEW Women’s World Title Eliminator Tournament.

As seen in the video below, Tony Schiavone revealed the first round matches in the new Bracketology Special.

The winner of the tournament will become the new #1 contender to AEW Women’s World Champion Hikaru Shida, for a future title match, rumored for the 2021 Revolution pay-per-view on Sunday, March 7 but not confirmed. The tournament will begin during tonight’s AEW Dynamite episode with Leyla Hirsch vs. Thunder Rosa.

It was recently reported, via the Wrestling Observer Newsletter, that Shida is currently in Japan and will be helping to produce the tournament matches. They will be held at the Ice Ribbon Dojo on a closed set. The winner of the Japanese side will eventually travel to the United States to face the winner of the American side. 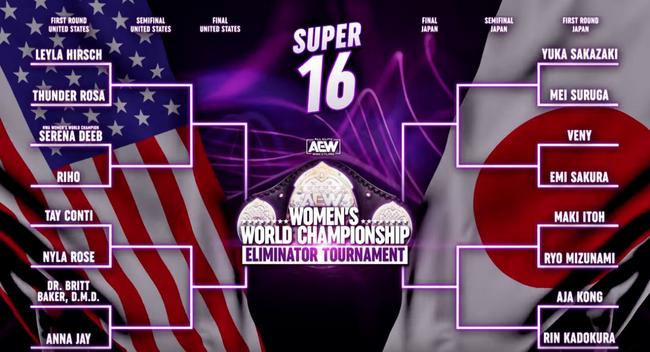