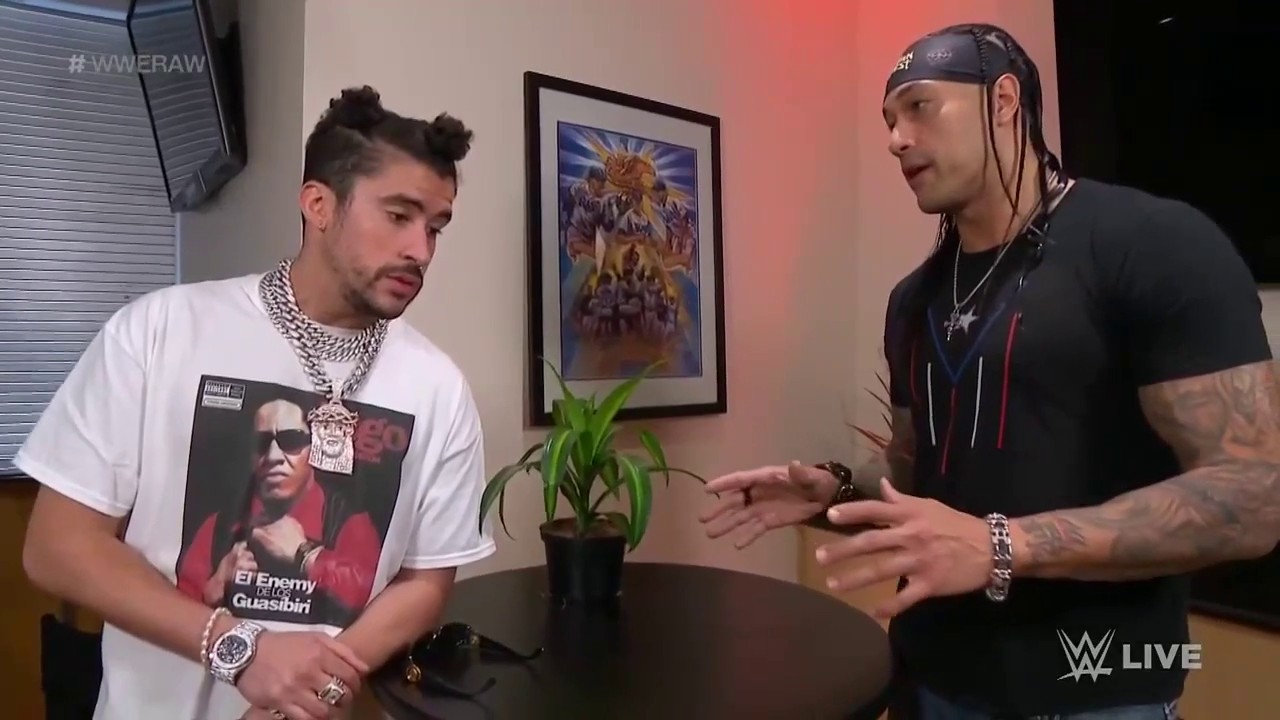 Rapper Bad Bunny has had a memorable start in WWE helping Damian Priest in his RAW debut match.

It has been reported that Bad Bunny is currently training in the Performance Center. This has led many to believe that Bad Bunny will be wrestling at WrestleMania 37.

On the latest edition of Wrestling Observer Radio, Dave Meltzer confirmed that the current plans are for Bad Bunny and Priest to team up against The Miz and John Morrison at WrestleMania. The goal for WWE is help bolster their Latino market.

Bad Bunny’s merchandise is not only a big money maker for the rapper himself but also for WWE. The first released merchandise featuring Bad Bunny is currently sold out with more merchandise being made.

WWE has not announced any future appearances for Bad Bunny on RAW. However, his appearance has led to other rappers like Bow Wow to pursue a career in WWE.