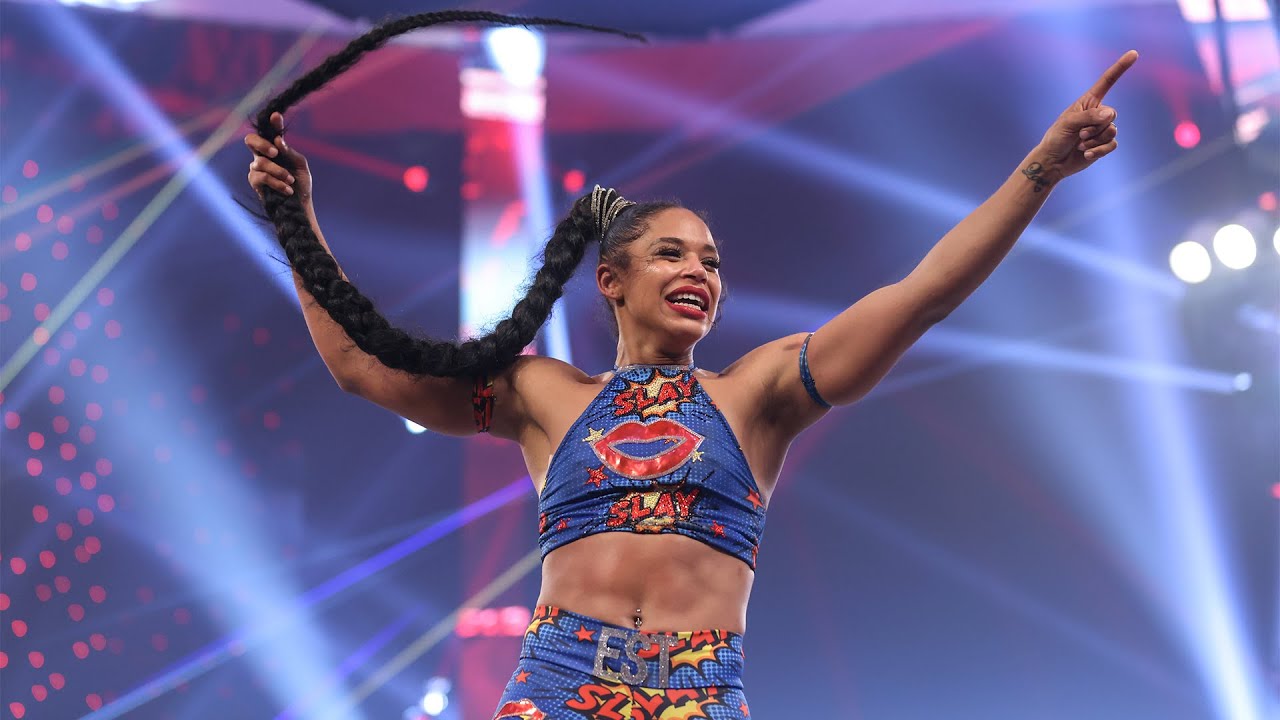 Bianca Belair, the winner of the 2021 Women’s Royal Rumble, is already preparing to defend her signature braid in a Hair vs. Hair match down the road for WWE.

During a recent chat with Peter Rosenburg on ESPN’s Cheap Heat, Belair said although she has no intention to cut off her hair, she realizes that such a gimmick match is “inevitable” in the world of sports entertainment.

“People bring it up all the time and they ask do I ever think I’ll ever be a part of that,” said Belair [h/t/ POST Wrestling]. “I think it’s pretty much inevitable because I mean, so much of who I am is my braid. I mean, she even has a name.”

Belair explained why she named her braid “Destiny” and why a Hair vs. Hair match will get a lot of people very invested.

“Her name is Destiny, and it makes sense, right? So, and I think that it’s really fun to have feuds sometimes that aren’t always a part of the title picture and if I have a hair versus hair match… I ain’t gonna say it’s bigger than a title.

“A title is pretty big, you know? But, there will be a lot at stake and I think a lot of people could get very invested in it. I don’t wanna lose my braid, I don’t want to lose my hair. I think it would be great. I’d be down for it.”

As reported earlier, there is still some uncertainty among WWE brass over Belair’s WrestleMania opponent. Most fans on social are hoping to see Sasha Banks vs. Belair for the SmackDown Women’s Championship.