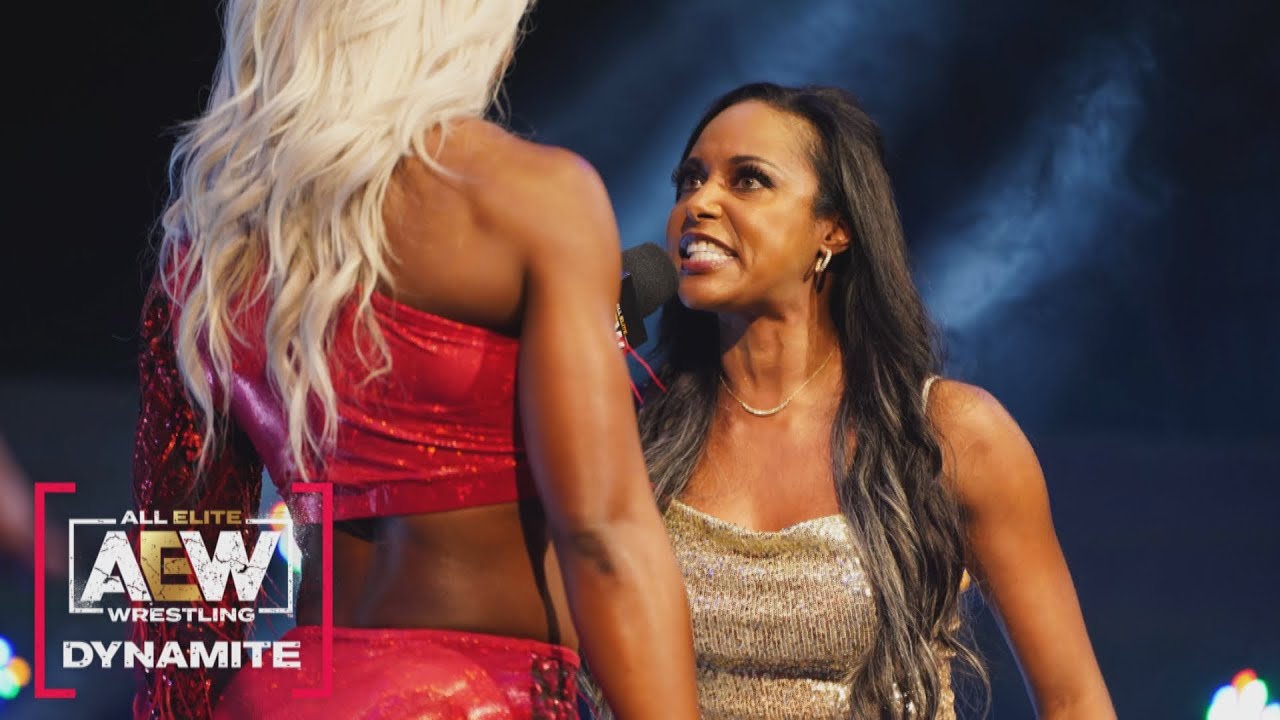 When AEW star Jade Cargill made her commanding debut and tried to put down Cody Rhodes, it was only a matter of seconds before Brandi made her fiery presence felt by confronting the newcomer. This week on Oral Sessions with Renée Paquette, Brandi Rhodes attributes her promo of the year to Tony Khan, who asked her to channel her inner Loretta Black from Larry David’s raunchy comedy show, Curb Your Enthusiasm.

“I wasn’t supposed to do that promo that night,” Brandi Rhodes mentioned. “I was like, ‘I can’t wrestle.’ So, Tony was like, ‘Yeah. I want you to have an interaction there and have this promo. I said, ‘Ok.’ And then, he was like, ‘[Have you] ever seen Curb Your Enthusiasm? Where Vivica Fox is with Larry [David], and Susie comes up acting crazy, and Vivica takes the door, curses her out and slams the door in her face?’ I said, ‘Of course. I love Curb Your Enthusiasm!’ And he was like, ‘Then do that.’ It was the funniest thing ever. I would love to do that again.”

Following their enthralling promo, Brandi found herself on the receiving end of criticism by fans and reporters alike for code-switching, which opened the dialogue on how something like that could happen in pro wrestling. Brandi gives her raw take on the harsh feedback she heard and read.

“It opened up a conversation about code-switching, which I don’t think is a conversation people should have if they’re not Black. I really don’t,” she suggested. “I’ll be honest; I have what they call an announcer’s voice, which is my professional voice. But that’s not my in-ring persona unless I’m announcing. When I cut promos and stuff as just Brandi, that’s not even that. That’s what I would consider code-switching; like Brandi on the news, [it’s] totally different diction, every word enunciated just trying to get rid of the Midwestern accent; [just] straight delivery.

“I thought it was a little unfair for people who’ve never seen that side of me to coin it that way. But I definitely thought it was really unfair for a white man to say – I won’t say who it was, but it was a reporter – ‘Well, she better talk like that all the time now.’ And I’m like, ‘Who are you to tell me what I better do, ever?'”

Switching topics, Paquette asked Brandi what exactly her Chief Brand Officer position in AEW entails, and how she feels about playing such a huge role in the company.

“Day-to-day, it’s a lot of PR. That’s the biggest thing that encompasses the role,” she stated. “I have a whole PR team that works with me, and we do a lot of setting up and pitching interviews to garner partnerships…In a small way, I have some marketing efforts.”

Before wrapping up her interview, Brandi says the sky’s the limit on where AEW will go from here. For now, she’s looking forward to what will come out of the company having a third hour of programming a week, and what other entertainers they can bring in.

“I’m looking forward to that third hour popping up. I think we really need it,” she noted. “Tony has been very forthcoming that it’s not going to be an extension of Dynamite, it’s going to be something else. We’ve got so much talent that you just can’t get into two hours; it’s just impossible. You’re missing a lot of stories and things, and that’s why a lot of things happen on Dark; [it’s] trying to keep things going. But I think that third hour is going to be important because it’s going to help a lot of people who casually watch and don’t watch Dark be able to connect the dots on a lot of things.

“I’m on the entertainment side of things, and I love when entertainers want to do stuff with us. Like when Snoop [Dogg] came in and did his little doggy splash. I’m looking forward to seeing what Shaq is going to do because it’s been so many years of us hearing Shaq wanting to get in action in the ring. Is he going to put his money where his mouth is? I hope more synergy moments continue to happen.”

Previous
Mark Henry On The Hurt Business: “A Better Version” Of Nation Of Domination
Next
Backstage Note On Original Plans For SmackDown Elimination Chamber Match