Daniel Bryan Talks Cesaro Not Having Any Opportunities In WWE 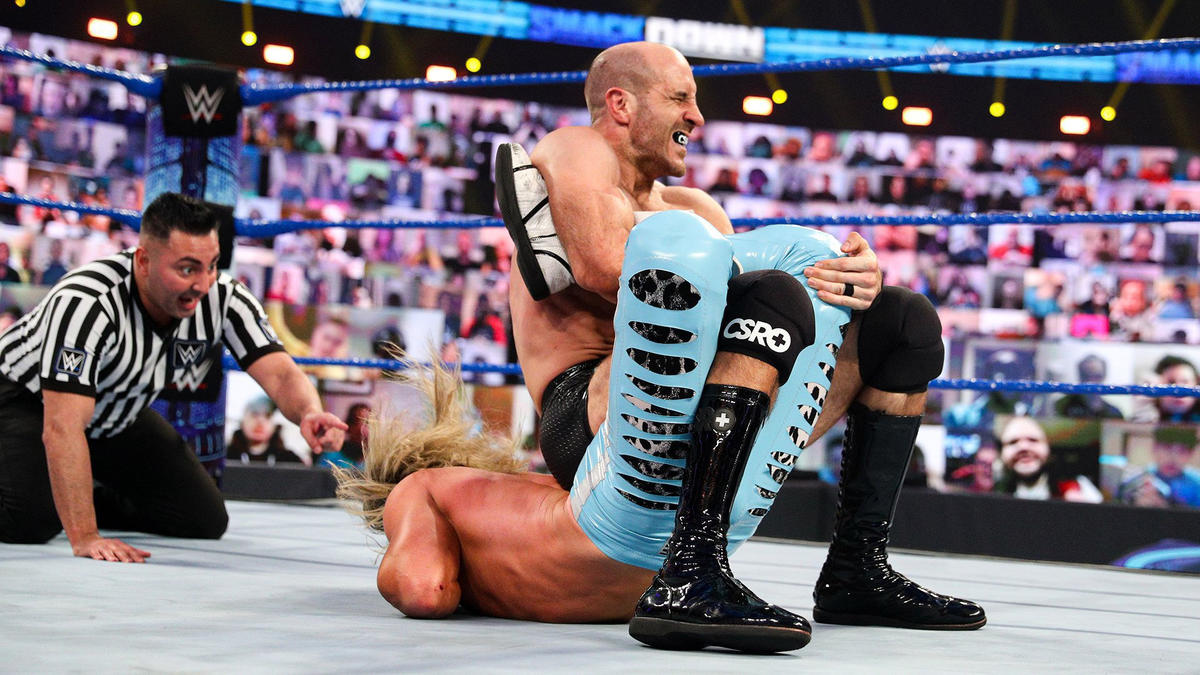 After cementing their name for a shot at Roman Reigns’ Universal Championship at WWE’s Elimination Chamber pay-per-view next Sunday, Daniel Bryan and Cesaro are confident their agility and stamina will surpass their other challengers Sami Zayn, Jey Uso, Kevin Owens and King Corbin, who also qualified for this scheduled match.

Despite Bryan wanting another big title run before he changes his status to become a part-time wrestler, he believes now is Cesaro’s time in the limelight. This week on Talking Smack, both Bryan and Cesaro spoke with Kayla Braxton and Paul Heyman about their odds in this upcoming match. But before they delved into that, Bryan pondered a question towards Heyman about Cesaro’s unsung accolades in WWE.

“Do you know how many opportunities he’s gotten here?” Daniel Bryan asked Paul Heyman. “I bet we could count them on one hand.”

Heyman took it up a notch by asking both Bryan and Cesaro what they would do if they were the last two men standing in the Elimination Chamber. Bryan admitted that he’s had a lot of opportunities in the past, while Cesaro hasn’t had any.

“Now, I have a steadfast belief in myself, as you know. I would be absolutely honored for it to come down to me and Cesaro,” Bryan replied. “This is a man that I’ve known for 15 years, who has more heart than anybody I know in WWE and fight like we’ve never fought before, all for just an opportunity that he’s never once gotten here. If I lose, I lose, and if I win, Roman’s in trouble.

After Bryan left the interview, Cesaro complimented Bryan’s support and gave what many could call a standing ovation promo about how far he’s come in this industry.

“Honestly, I couldn’t think of a better man standing in the ring with me at the end of the Elimination Chamber than Daniel Bryan. I have a lot of respect for Daniel,” Cesaro mentioned before concluding his interview. “I know [that] if he wins, or if I win, we will beat Roman Reigns for the Universal Championship. And I think you, of all people, know that best. You know that I’m not just ‘can,’ I ‘will’ beat Roman Reigns. I think your biggest fear is for me and Bryan to be the last two in the Elimination Chamber because you know, no matter what the outcome [is], it’s not going to go well for you or your ‘Tribal Chief,’ ‘Table Head,’ ‘Head of the Table,’ whatever he calls himself this week.

“I can’t remember the last time that I had a chance at the Universal title or any championship in WWE, and I’m still going because I believe hard work pays off. And I believe because every single person out there that believes in me and has believed in me since I came to the United States… I’ve worked my way up the hard way. I worked every single day to get here. I love it; I love every single moment of it! That’s who I am, and that’s what I believe in… That is why I fight every single day. I love wrestling. Love will always succeed. You’re next Universal Champion, Cesaro, out.”

You can watch Cesaro and Daniel Bryan’s full interview on the WWE Network. If you use any of the quotes in this article, please credit Talking Smack with a h/t to Wrestling Inc. for the transcription.