Jazz On What’s Missing In Wrestling Today, Her AEW Debut 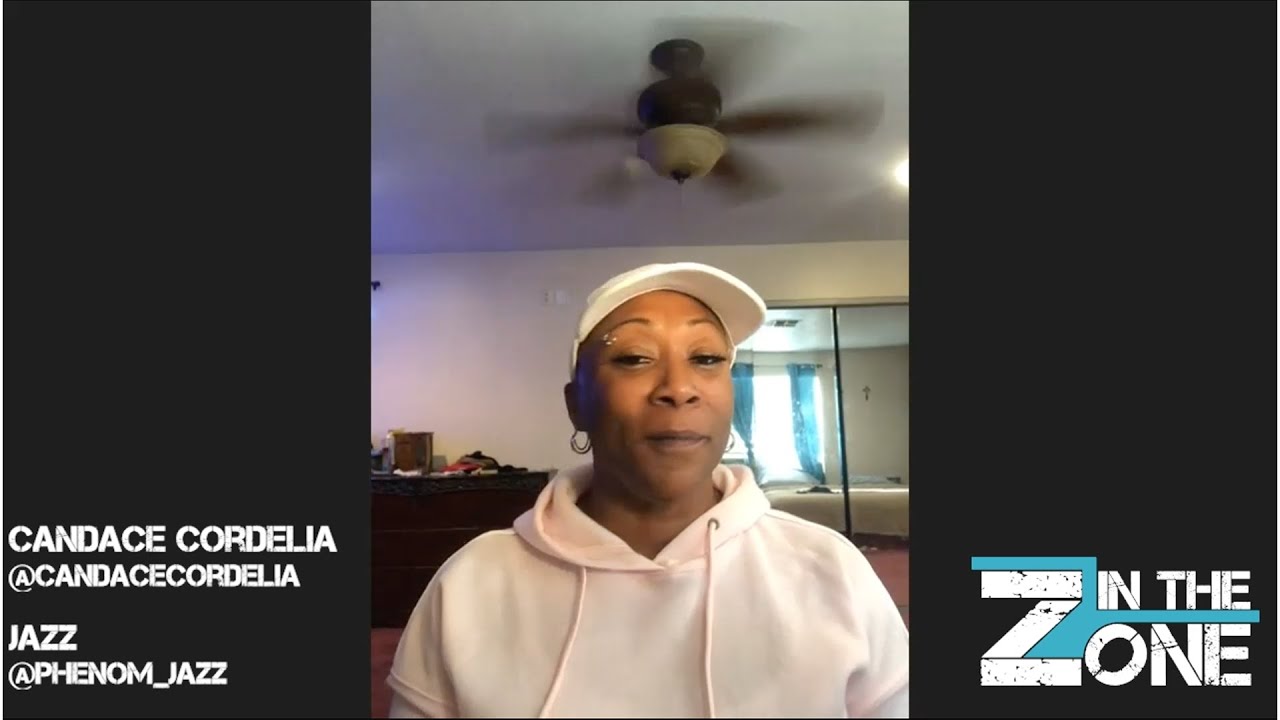 Jazz is one of the barrier breakers in the wrestling industry as she was one of the first African American female talents at a major promotion. First she was with ECW before joining WWE where she was a two-time Women’s Champion.

Since leaving WWE Jazz has mainly worked the indies but she’s also imparted her wisdom on the next generation. She talked about mentoring young African Americans in the pro wrestling industry in an interview on In The Zone.

“I most definitely appreciate when they do come to me and I try to be real with them. I don’t sugarcoat anything. I just let them know how it is. A lot of times they tend to get mad at the business, but I have to tell them it’s not about the business. It’s about what are you bringing different to the table,” said Jazz. “You can’t go out there and try to be like this one or that one. You gotta be you. Until you understand that and you can go out there and get yourself over as your character where people can follow and understand exactly what you’re doing then it’s basically nothing you can do.

“You have to understand who you are, as a character, before anyone else can understand who you are or who you’re trying to portray. I just tell people just keep it real. Don’t try to fake the funk, just be real. I’ve never tried to emulate anybody. I’ve always tried to just go out there and be me. I try to take things that no one else is doing and make it into mine. I never try to go out there and mimic anybody.”

Jazz never had a problem drawing heat as she was a heel for virtually her entire career. She shared her thoughts on what she tells aspiring wrestlers about ways to engage with audiences and get over.

“The crowd has to be able to relate to who you are and what you’re doing. I tell everybody it’s like a movie. You have your villains and you have your heroes,” stated Jazz. “So, in wrestling we have our faces and we have our heels. Babyface, or our ‘heroes’ in the movies, they have to realize that a lot of times it takes sympathy…

“Let’s take for instance the Rocky movies. Everybody loves Rocky. But it was like when he starts getting beat down, and he getting knocked out and he’s got the busted nose and the black eyes… you start pulling for him. You can’t wait till the rematch. It’s the same with wrestling. It’s the same exact way. So, you just gotta go out there and be able to relate, where the crowd can relate to you. Either you’re a face or a heel. You gotta be relatable.”

Many of the old-school wrestlers look down upon today’s era of pro wrestling as it seems flips, dives and high spots have replaced the art of storytelling. Jazz also has that mindset as she expressed when asked what’s missing in wrestling today.

“Selling. Everybody wants to be a badass. Nobody wants to sell…. They’ve taken a lot of these deadly moves and turned them into just, like a chop. It’s all about getting pops now and I think once wrestling comes back to storytelling it’s gonna… I think a lot of the fans will be able to relate again,” said Jazz. “But right now, it’s all about just pops and all the dives. I’m not downing that. I’ve never done it. Of course, I never, ever will. But, I mean, how many dives can you have on one show. It’s just a little bit too much.

“You gotta be able to sell. It’s all about selling and babyface getting that sympathy.”

In the semi-retirement phase of her career, Jazz has started a wrestling school alongside her husband Rodney Mack. The first location was in Lafayette, Louisiana and the second location recently opened in San Antonio and also features Thunder Rosa as a trainer.

Jazz discussed one of the most important things she teaches her students.

“I work with my students on selling all the time. It’s hard for me to put it into exact words but… it’s about just that emotion. For instance, if someone’s beating on a leg or a neck after a while you start to feel sympathy, like, ‘Oh s--t! They keep banging on their neck! She may be paralyzed’ or ‘He may be paralyzed.’ So, it’s gotta make the people understand and believe and follow the story you’re trying to tell. You gotta be able to sell,” stated Jazz.

While a big part of training to be a wrestler is in-ring work, another huge part is simply watching and observing. Jazz talked about how watching great wrestling matches is no different than athletes from other sports studying film.

“For the men and the ladies to understand what is professional wrestling, what drew them to professional wrestling, I always go back and I like to watch the guys who used to sell out arenas. Arenas! I like to watch them and watch the matches they had. I study their film,” revealed Jazz. “It’s like, you learn it from the best. If you wanna be a quarterback, you’re not gonna go and watch a quarterback from the peewee league, are you? You’re gonna go to watch one of the greatest quarterbacks of all time.

“I try to encourage anybody that I come across [to] go watch some of the greatest of all time. That’s what made wrestling, wrestling. Not the s**t that we’re doing today. Yes, it helps. It’s entertaining. But you gotta have some of the old school with the new school. I’m not against the new school at all. I love it. But you gotta put a little old school with that too.”

After not being in a major promotion for over a dozen years, Jazz popped up at AEW’s All Out in 2019. She was part of the Casino Battle Royal where Nyla Rose eliminated her before winning the whole thing.

Many other women’s talents from the past were also a part of the Battle Royal including ODB and Mercedes Martinez and Jazz was asked about her AEW experience.

“I was shocked when they reached out ‘cause I haven’t been on mainstream in over 15 years. I’ve still been involved in the business, still doing my thing, still making a name for myself, continuing my legacy. But when they reached out, I thought it was such an honor to be called up,” revealed Jazz. “But I also understood what it was about. It was about the Battle Royale. It wasn’t about Jazz coming in. It wasn’t about me; it wasn’t surrounded about Jazz. So, I understood that…

“It was a good feeling just to walk down that ramp and hear the crowd response. It was pretty hype when I walked down that ramp. That was just an overwhelming feeling in itself. Anytime anyone reaches out to you it’s very humbling. People tell me all the time, ‘Jazz you’re so humble. You really forget who you are’ and I guess I do. To me, I’m just someone that’s out here, always been out here doing what I love. I’m very passionate about it. It’s not about me trying to make records or prove myself. It’s just me going out here, having fun and doing what I love and that moment was just another justifiable moment of me having an opportunity to do what I love, just to showcase talent, baby. That’s what I love about it.”