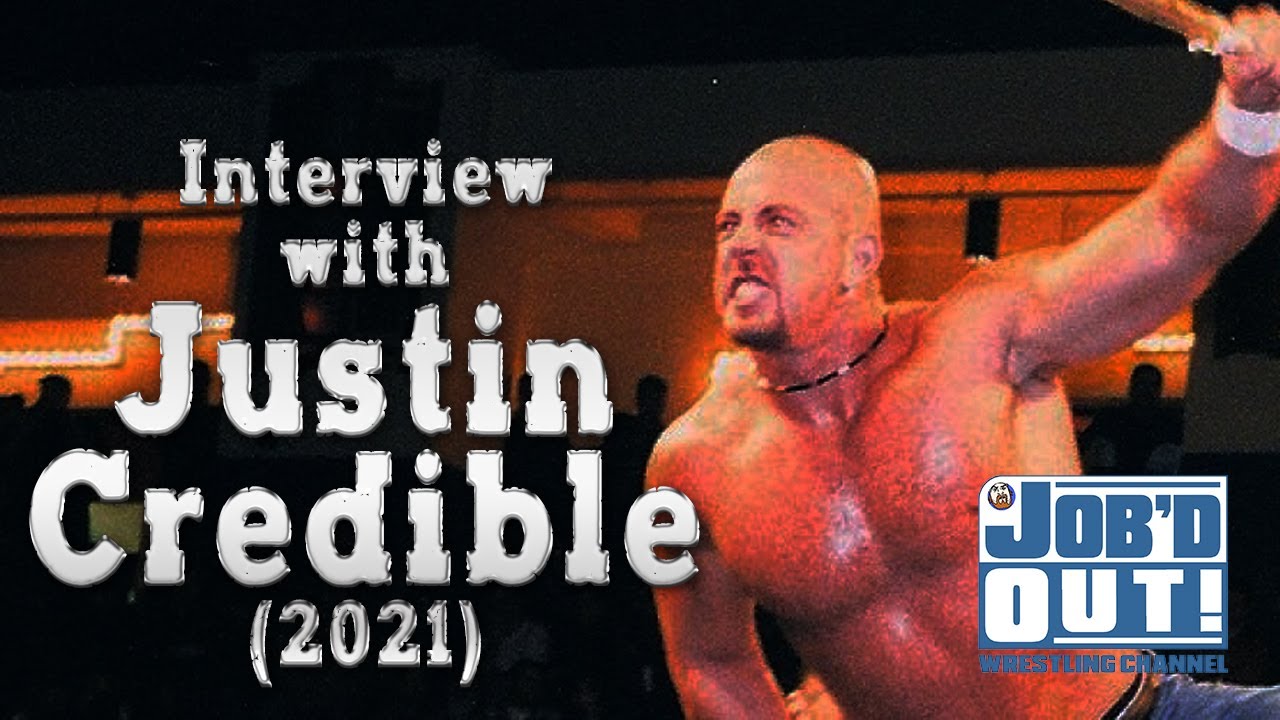 Justin Credible has had quite an interesting pro wrestling career. He was trained in the Hart Dungeon, made his WWF debut as a teenager, befriended the Kliq, became ECW World Heavyweight Champion and then became an eight-time WWE Hardcore Champion.

He got his first fame as Aldo Montoya in WWF before becoming Justin Credible in ECW. He talked about the origins of the latter when he joined JOB’d Out Wrestling.

“The look was [me], the wrestling was [me], the name was not. Bilvis Wesley was with ECW for a very long time before ever stepped foot in front of a camera. He was ring crew, he helped with merchandise, he was a big-time helper in ECW… He was driving down the Jersey Shore, that’s where he’s from, and he saw a big sign on the back of a pickup truck that read Justin Credible, and he thought it was fantastic so he pitched it to Paul [Heyman],” recalled Credible.

Wesley’s pitch to Heyman was for himself to have the name, not the wrestler who would eventually become Justin Credible. So, Heyman brokered a deal with Wesley to obtain the name’s rights.

“’I don’t see you in this character but I know someone who does so I’ll pay you $500 cash if I can use it and own that name,’” Credible recalled Heyman telling Wesley. That was enough to get Wesley to sign the name over to Heyman who rebranded Aldo Montoya as Justin Credible.

“Let me tell you about Paul Heyman real quick… Paul Heyman paid for my son’s birth and my wife’s pregnancy – out of pocket cash – he paid $75,000+, which a lot of people don’t know, because he committed to this via contract, he never got health insurance proper. So, when my child was born, I gave him every single receipt and every single bill that got paid. He tried his best to keep his word, he really did, and if you were important to him – he was going to try to go to bat for you.”

Credible’s gimmick of Aldo Montoya was a play off his heritage as his parents emigrated to the US from Portugal shortly before Credible was born. Credible speaks fluent Portuguese and WWF planned on capitalizing on that with his Montoya gimmick but he was never called upon to do it.

“Pat [Patterson] goes ‘What nationality are you’ and I said ‘I’m Portuguese sir’. [Pat] goes ‘No s--t! Hey Vince – this kid’s Portuguese!’ and Vince popped…” said Credible. “I don’t understand why, maybe they knew somebody that was Portuguese and it was a big rib [laughs]. So, last question was, ‘Do you speak it?’ and that was it. The character was already in place, they just needed a guy to fit the role.”

Montoya was billed as the “Portuguese Man O’ War” and spent nearly three years under that gimmick. However, WWE never utilized his Portuguese-speaking skills when Credible was asked if he was ever asked to use the language.

“Not a single time. They never went to Portugal – and something happened with Brazil, which was the South American market they wanted to go to and it fell through – so yeah, that happened… or didn’t happen,” stated Credible.