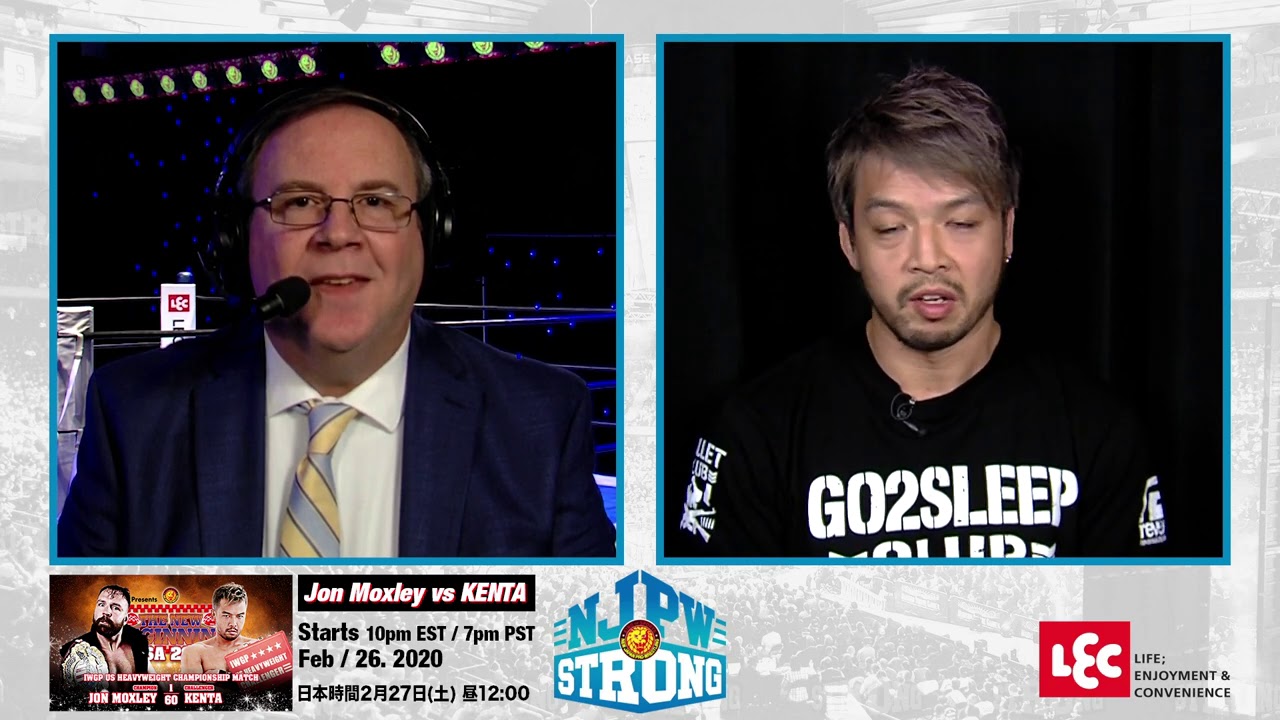 – Below, Kevin Kelly spoke with KENTA on the latest episode of NJPW Strong before his upcoming IWGP US Championship Match against Jon Moxley on February 26.

“Moxley, it took you a long time to show up, I’ve been defending that damn briefcase for months,” KENTA said. “It got broken once, too! But finally, finally our time has come. We’ll finally fight for the IWGP US Heavyweight Title that you’ve been letting rot all this time.”

– Superstars Fan Fest Wrestling Convention is on April 24 in Rome, Georgia! The headliners are The Four Horsemen (Arn, Tully, Barry and JJ Dillon). Fans can find ticket information and more information here. Below is the full announcement:

After almost a year of delays due to COVID, Superstars Fan Fest Wrestling Convention is FINALLY happening April 24th at the KLT Arena in Rome, Georgia! Headlining this event is a Four Horsemen Reunion with Arn Anderson, Tully Blanchard, Barry Windham and James J. Dillon! Also scheduled to appear are Lex Luger, WWE Hall of Fame members Ricky Steamboat, SGT. Slaughter and Tony Atlas,Missy Hyatt, Bill Eadie as The Masked Superstar and many more! Tickets are on sale now at www.superstarsfest.com starting at just $15! Not only does your ticket get you into Superstars Fan Fest,but it also gets you a seat at Superstars LIVE! featuring the hottest Indy wrestling in the south along with Legends from the past! We have waited a long time to finally come together at an event like this, so get out and celebrate pro wrestling at Georgia’s BIGGEST wrestling convention, Superstars Fan Fest!

COVID-19 Policy is on our website. Masks will be required while walking around the arena but may be removed for pictures.

Due to the event being held in a smaller venue, tickets are limited so get them ASAP. We have already sold over half of our available tickets and are headed for a Sold Out Event!

– Below is the latest ROH Week By Week, hosted by Quinn McKay. This week’s show features the ROH Six-Man Tag Team Champions long-awaited return, the Briscoes are back together, title rankings update, and more.