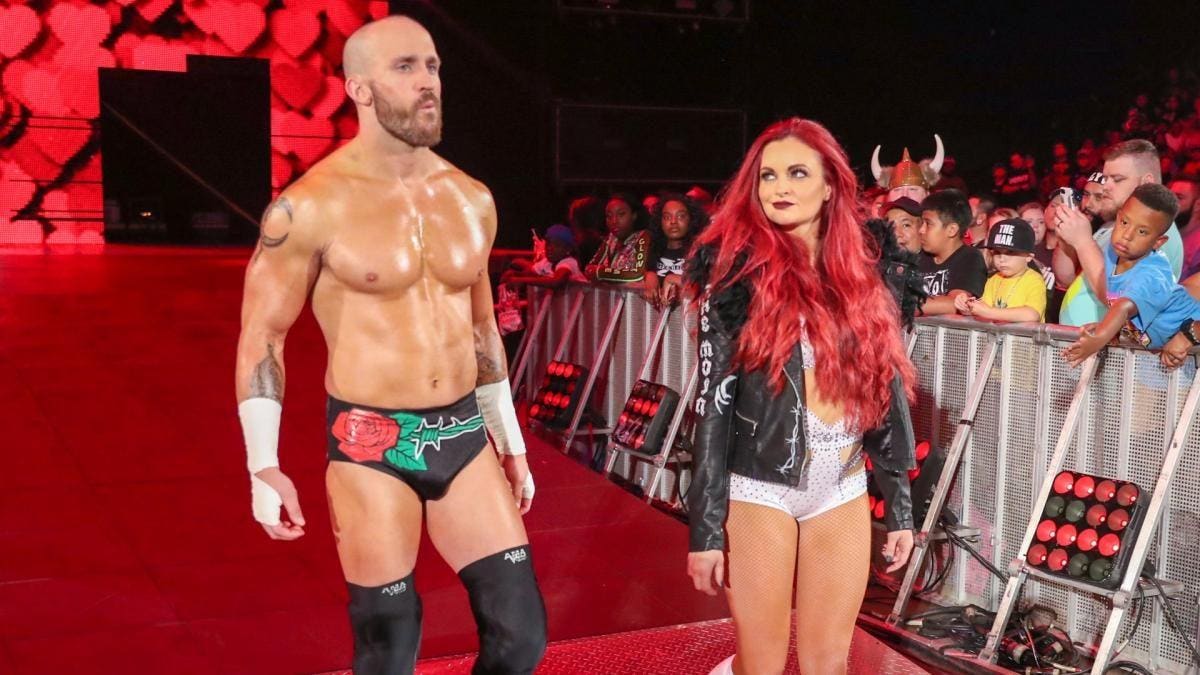 Maria Kanellis has been less than silent when discussing her WWE release. The former Diva of the Year has criticized her former employer for cutting herself and husband Mike Bennett just two months after she gave birth.

Speaking with the DropKick Podcast, Maria weighed in on the chances of her returning to WWE. While the First Lady of Professional Wrestling can see a WWE return for her husband, Maria says a return for her is more unlikely.

“I’m sure that Mike [Bennett] will at some point. That’s just how that company rolls,” Maria said. “For me, there would have to be some guaranteed money. I’ve always done the contracts where it’s like, you know, there’s a downside, but that’s not guaranteed, and two tiny ones. With how many years I’ve spent in this industry, and [how] I gave WWE over 8 years of my life, I think there’d have to be some guaranteed money.”

Maria returned to WWE in 2017, alongside her husband Mike Bennett. The duo were given a special debut at WWE Money in the Bank, but their big start never really materialized into a spotlighted run.

Maria noted that expectations for their run were very different from how it actually went.

“I mean we got hired four months before we debuted. We sat for four months knowing that we were fighting an uphill battle,” Maria said. “Somebody really wanted us then for whatever reason. Things got put on the kibosh. When we came in, we thought Mike was gonna have this really good run of me just managing him and, you know, having these wrestling matches that he’s worked a thousand times before. Kevin Owens was fighting for us to come into WWE. He still apologizes.

“But the plan was to build Mike as a singles wrestler. Somewhere along the way, and I have a feeling it has a lot to do with him coming out with his addiction and then me announcing that I was pregnant, I think they just kind of took a step back from us and everything they wanted to do with us. But I say this to Mike all the time, that the second week we were there, we were already dead in the water.”

While the two didn’t have much to do during their first two years, Mike and Maria were eventually given a weekly storyline on RAW. The angle revolved around Maria being ashamed of her husband, and would constantly belittle him for losing his matches.

The storyline never properly concluded on television, but Maria revealed the plan was for the real-life couple to split on-screen.

“So it was supposed to be this storyline where I was just berating him the whole time,” Maria said. “I was still on the road while pregnant, and then it was going to be Mike turning on me. It was supposed to be, ‘I’m sick of your s–t lady, I’m gonna do this on my own.’ Then I was gonna go on maternity leave, and then he was gonna have this singles run and use all the things he had been though. You know, dating an evil woman and having this addiction and all this stuff. He was going to use it as a babyface and to really start getting some wins and get the ball rolling.

“Then of course that ended as well, but you know some of our segments were like the highest rated during RAW, and I don’t think Vince liked it, [and he] didn’t understand Breezango either. You hear all these stories of how he doesn’t get it and I’m sorry you didn’t get it but the fans enjoyed it.”