Mark Henry On The Hurt Business: “A Better Version” Of Nation Of Domination 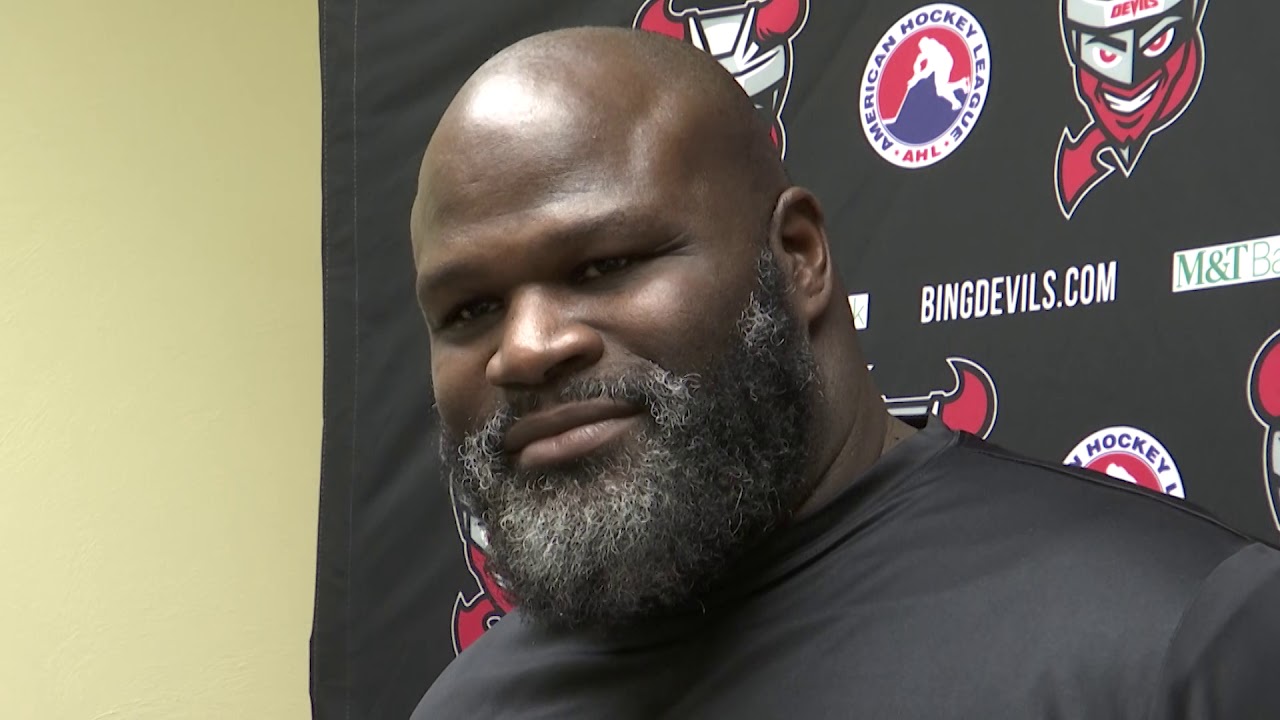 In honor of Black History Month, the panel over on WWE’s The Bump brought on WWE Hall of Famer Mark Henry to discuss what this honorary month means to him. Before he replied, he happened to mention that currently, he’s on the advisory board for a book called “Black History 360,” which will be available soon in schools nationwide.

“As a representative of the African American community or the Black community – however, you what to phrase it – I was wanted to set a good example and be talked about throughout history and after my existence,” Mark Henry replied. “So, I’m kind of getting what I want.”

Next, the panel shows Henry a photograph taken by the current African American WWE Superstars. Henry said that seeing that picture made him feel pleased to know that he’s doing a good job scouting top prospects for the company.

“It makes me feel warm inside,” he said after looking at the picture. “I was told when I first came in the business [to] not mess it up for every one [that’s] Black after you. I took that challenge and made it, you know, a reality. There was not a lot of scouting of African American talent; I was the first developmental talent.

“It took a while for people to know that that would even exist, and you could even do that. [They’d say], ‘I can go to a wrestling camp and possibly be a pro wrestler one day?’ That was something that I made my mission. If you go to the Performance Center, probably 90 percent of those kids there of African American descent will tell you I had something to do with trying [to get them there].”

One of those top Superstars he found was Bianca Belair, who stunned the WWE Universe when she became this year’s Women’s Royal Rumble overall winner. He mentions what a gratifying moment that was; and what exactly he said to her right after.

“It felt like somebody poured warm water over my head. I got this flushing feeling like one of my children did something well,” he stated. “I let her know that I was very proud of her; I still expect a lot. She said, ‘I’m not going to let you down.’ I love that.”

With similar comparisons to the Nation of Domination, The Hurt Business has been a focal point on Monday Night RAW every week. The former Nation of Domination member complimented MVP’s stable by saying that this group is lightyears ahead of where his group could have been 26 years ago.

“I think it was during that time that made that work,” he began. “Right now, I think The Hurt Business is a better version. It’s not about black or white; it’s about green. It’s about prestige. It’s about honor.”

You can watch Mark Henry’s full interview here. If you use any of the quotes in this article, please credit WWE’s The Bump with a h/t to Wrestling Inc. for the transcription.

Previous
A Look At Why AEW Might Be Working With NJPW, Impact And The NWA
Next
Brandi Rhodes Fires Back At Criticism Over Her AEW Dynamite Promo With Jade Cargill