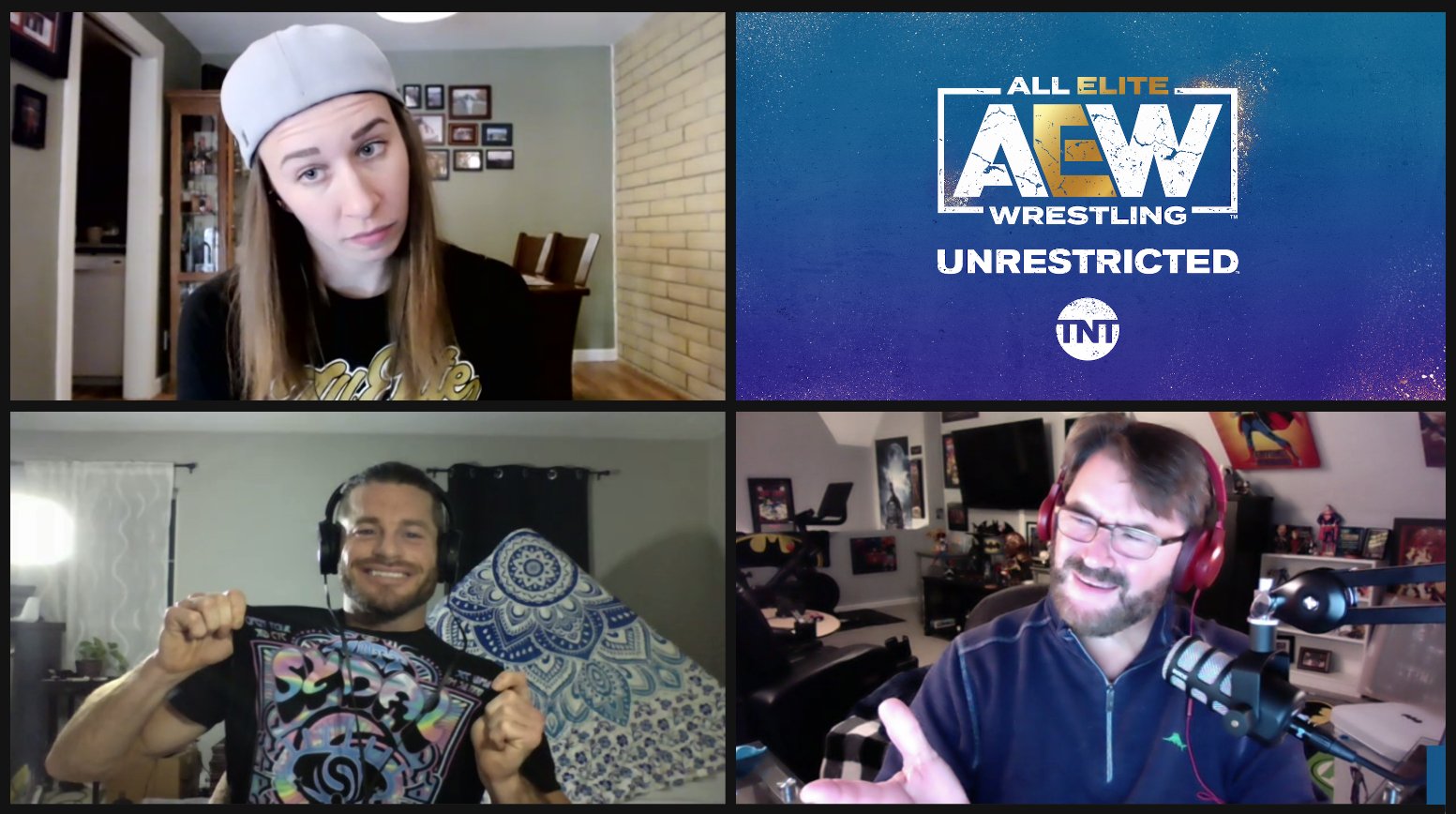 Former multi-time tag team champion Matt Sydal was on the latest episode of the AEW Unrestricted podcast where he talked about his two decade wrestling career with Aubrey Edwards and Tony Schiavone. Sydal currently has his school, the SyDojo, and Edwards asked Sydal if he ever finds himself coaching some of the younger talent in AEW.

“I love coaching, and I love helping my students, but I find myself asking for coaching when I’m at AEW,” Sydal admitted. “And that’s the point of being at a place like AEW. It’s where I can go to annoy guys like Dean Malenko and pester them for some little nugget of knowledge that they kind of want to tell you but kind of don’t. It’s really the best part. Tully Blanchard, we just have so many guys that I’m able to look to, guys that I looked up to.

“When I first was an indie wrestler in St. Louis, Colt Cabana was this big Chicago indie guy that we always looked up to and having him in the locker room with us all the time is great. I watch guys like Rey Fenix wrestle, and it always always inspires me to be better. There are people I coach, but I’m just kind of swimming in a sea of exchange of ideas. So I’ll always throw out my idea, but it’s just sort of something for them to play with, maybe mold around and use use later.

“But I always have great conversations with some of the young talent. There’s a lot of really good wrestlers with under five years experience. I’m impressed with how many good wrestlers that have less than 5 years I see at AEW all the time. I think that’s kind of from The Nightmare Factory, but I will say that some of my SyDojo students have held their own as well in AEW Dark matches, but I’ll talk wrestling with anyone anytime, anywhere, and I’ll never shut up.”

Sydal also detailed his career in WWE including his time in developmental in OVW. He noted that coming from the Dragon Gate style, he was not a favorite of the coaches in WWE, but he explained how he was able to get his way backstage and eventually in ECW.

“I was not a favorite. I was not a chosen one,” Sydal noted. “I was not a favorite of the coaches of anyone ever, but I tricked WWE into booking me at a show because I told them I was coming to it. They told me, ‘No, don’t come to it.’ I said, ‘Well, I’m gonna go home. I’m gonna see my family,’ just so happens to be on the days of these shows in Kansas City and St. Louis. So maybe I could just go backstage. I’ve never been backstage.

“This is all prompted from a random indie wrestler who called me and said, ‘Hey Matt, can you get me a dark match?’ I thought to myself, I’ve never had a dark match. I’ve never been backstage. I’ve been under contract for eight months at that time. So I took it upon myself to get backstage. I wrestled Jamie Noble, just wrestled around before the show, and then the next night, they made me the dark match against Jamie Noble, and then they took that momentum and on that Tuesday night, I debuted on ECW as Matt Sydal.

“And Shelton Benjamin powerbombed me onto Kofi [Kingston] through the announce chair. It was a wild, but when I get the momentum going, people feel it. People jump on, and I just had to find a way to spark that momentum because I knew it wasn’t going to come through the system. I always have to work from the outside in and so that was my way of virtually calling myself up to the big show and saying here I am, let’s see what happens.”

Sydal was involved in the viral moment when rapper Snoop Dogg performed a top rope splash. Sydal revealed the piece of advice he gave to Snoop earlier in the day.

“Yes, my advice was very explicit, ‘wear knee pads’. That was my main advice, but I don’t think he did,” Sydal said. “I think he just went freestyle. He just wanted to do the ‘Superfly’ Snuka that he remembers from The Garden, and he got to hit a ‘Snoop Splash.’ And it was awesome. It was a beautiful television moment for me. I’m really really proud to be there.

“To watch him go off, there was a moment of you get to the top rope and you look down and you realize how high it’s going to be when you stand up. And I’ll tell you what, Snoop Dogg has a lot of courage, and he’s a special guy. He stood all the way up and launched himself, did the best splash he could. Me and Snoop, we get high, fly high, not get.”