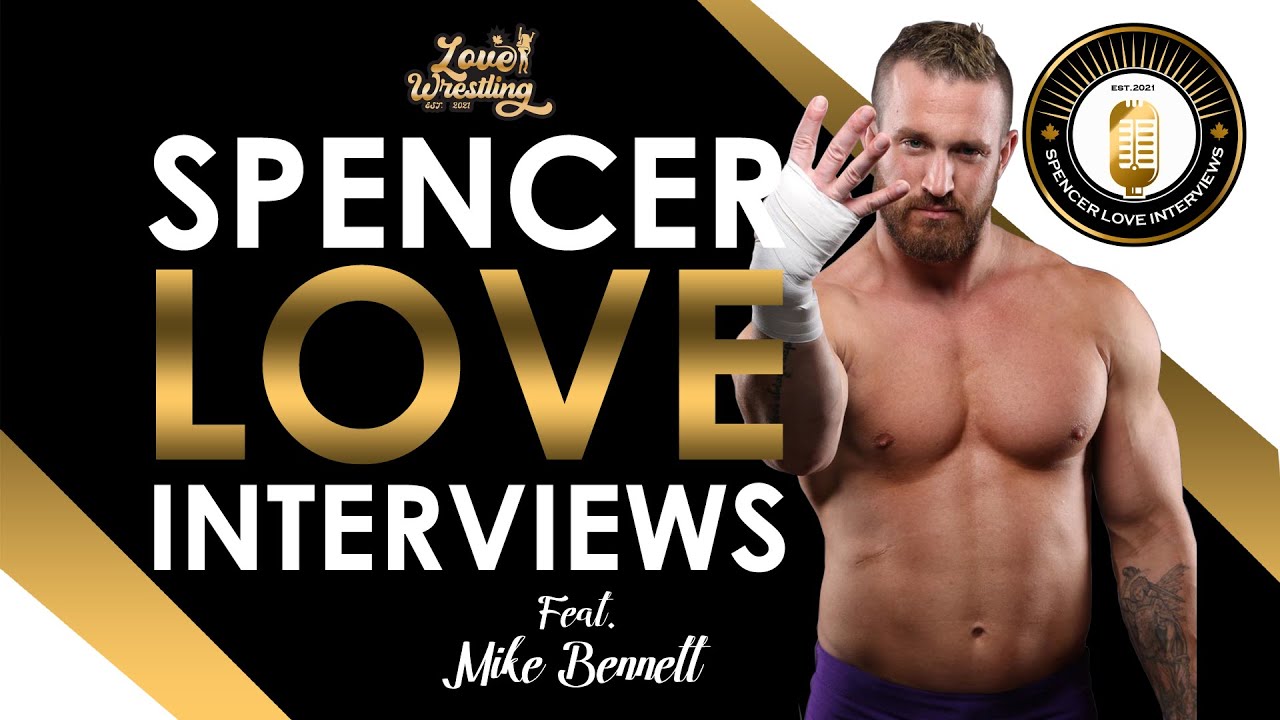 Mike Bennett had the most professional and personal enjoyment while with Ring of Honor as he spent seven years with the promotion from 2008-15. He then left for TNA before having a disastrous stint in WWE that ended in April 2020.

Bennett has since returned to ROH recently though the promotion looks far different than how it looked during his first stint there. Bennett talked about being back in ROH and getting the opportunity to lock up with a new batch of talents when he joined Spencer Love of Love Wrestling.

“You know, it’s been awesome. First of all, just right out of the gate, it’s reinvigorated my love of wrestling. It’s made me just like – I look forward to going to work. Even though we get put in the bubble where we’re away from our family, I look forward to it because that’s what I fell in love with with wrestling when I was at Ring of Honor the first time,” revealed Bennett.

“Everything about that company is what I love about wrestling. And then, when I went to IMPACT it was the same thing, but being here back at Ring of Honor, like you said, the roster is different. Now, there are obviously guys I recognize when I come back. I see Jay Lethal and the Briscoes and Dalton Castle and these guys. Of course, those are my buddies and guys that I’m like, ‘oh, this is like a family reunion. This is great!” But then, that roster is full of guys that I’ve never actually – some I’ve never met, some I’ve only met in passing. And then, some I’ve never even seen, ever.

“I’m just like, this is awesome, because for me [and] where I’m at in my career, I’m literally just trying to have as many matches as I can so I can try to rebuild what my brand is, what my reputation is. So, it’s exciting. It’s exciting to think I can go get back in the ring with these guys that I know, and then get back into the ring with guys that I have, you know, have never worked before. We’ve never even crossed paths. So, I’m super excited about it.”

With time spent in WWE, TNA/Impact ROH and New Japan, Mike Bennett (or Mike Kanellis) has name value and likely had his pick of promotions to sign with after departing WWE. But he elected to return “home” and he discussed what went into that decision to go back to Ring of Honor.

“You know, to me, it was always Ring of Honor,” admitted Bennett. “I’m glad you touched on it, because there have been other companies, like I think AEW’s handled this pandemic wonderfully. They’ve done great things with it. They’ve taken care of their talents. They’ve tested people. I think we need to talk about – we’ve got to stop talking about the companies that did it bad. Let them do it bad. History will look back at them and go, ‘wow, you really screwed that up.’ Right now, let’s talk about the companies that are doing it well, and that’s these companies like AEW and Ring of Honor.

“But for me, coming back, it was always Ring of Honor. Me and Taven are best friends. In real life, in the ring, on TV. We talk all the time. We’ve been planning me coming back for the longest time. Any time I was unhappy at WWE, I would always talk to him and I’d be like, ‘how do we make this work? What do I got to do?’ Then, it finally happened where they released me and Taven was like, ‘alright, now we can do it. Let’s do it.’ To me, Ring of Honor’s always felt like my home. They were the first ones that gave me an opportunity when nobody knew who I was. I was there for five, almost six years before. It’s my family. Everyone there was at my wedding. It was like I left and I went for I thought what were greener pastures. It’s like when you leave home and then you’re like, ‘you know what, homes really not that bad at all. It’s great… There’s no greener pastures. The greenest pastures will always be where you’re happiest, and where I was happiest was always Ring of Honor. So, to me, it was never any question.”