MSK On How Their Adjustment To WWE Has Been 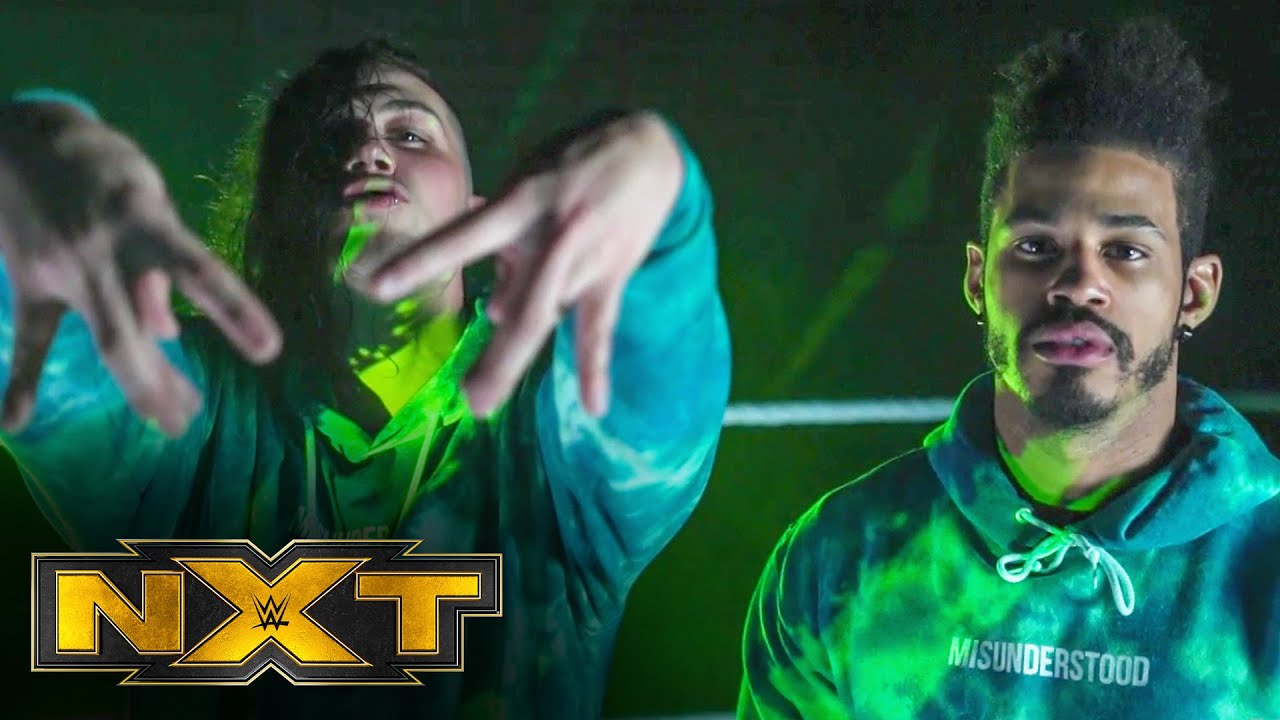 Hours before their big Semifinal match against Legado del Fantasma on NXT, MSK made their first-ever appearance on WWE’s The Bump to introduce themselves to the panels. Panelist Kayla Braxton began their interview by asking how their adjustment has been since signing their developmental contracts in December.

“Honestly, [I’ve just been] training every day with some of the highest class coaches in the world,” Nash Carter replied. “I didn’t really have at my disposal. I feel like a professional athlete, and it’s awesome.”

Wes Lee also added that he and Carter feel like they are now part of a bigger family since joining the black and gold brand.

“It’s really cool because it feels like a family,” Wes Lee added. “From the moment that we were brought in to now, it never felt like we were alienated from where we came from or the things that we have done. It was just, ‘Hey, you’re apart of this family.’

Just a few weeks after their initial signing, MSK made their debut against Isaiah “Swerve” Scott and Jake Atlas in the first opening-round match of the Dusty Rhodes Tag Team Classic. Not only did they make their debut, but they won their first match, as well. Lee says since their big win, their adrenaline rush has taken full flight.

“It helped a lot because we never really lost momentum or excitement from our signing to immediately debuting in the Dusty Cup,” Lee mentioned. “It was awesome, and it still feels awesome! It feels so surreal; I have to pinch myself every morning to remind myself that I’m not dreaming.”

Before they were ever known as the Rascalz in Impact or MSK in NXT, Carter and Lee toured together all around the world in the indies in hopes that they would catch their big break one day. During their indie tours, both men found themselves clicking as rivals first before becoming a tag team. Both men recall their very first reactions to each other.

“Honestly, it just clicked,” Carter began. “We wrestled each other one time, and then after that, it was just like, ‘Ok. Whatever this is, can we, like, fix it?” Then, we became a team.”

Lee was certain that he and Carter were always going to be opponents during their time together in the indies.

“We danced around the idea of being a team for a while, but we always thought that we were going to be rivals,” Lee mentioned. “We always just pushed each other in the ring both professionally and personally. We tried to better each other with that nice brotherly competitiveness.”

Last Thursday, Japanese sensation Meiko Satomura made her WWE NXT UK debut. MSK told the panel what it was like to work with her.

“That was awesome,” Lee exclaimed. “We were able to tag with her; I believe it was three times -twice in the UK and once in Ireland. She’s consistently getting better. It’s not that she’s been stagnant with a [certain] style for a period of time. She [just] consistently adds something to herself over these illustrious years that she’s had.”

Carter is hopeful that MSK and Satomura will recreate what they did in the indies with a reunion match in WWE soon.

“She’s a living legend; she really is,” Carter noted with a big smile. “It would be great to team with her again. I hope that’s a possibility.”

Whether you knew them as the Rascalz in Impact Wrestling or are just starting to get to know them, MSK has a lot of charisma and charm to bring over to the black and gold brand. For those that are still trying to get to know them, they hope that they can convince the WWE Universe to take notice of their high flying offense. As they concluded their interviews, both Carter and Lee explained who they are and what they represent in the NXT tag team division.

“[We’re] good dudes [with] high energy that are literally best friends,” Carter stated. “We’ve wanted nothing more than this for, like, our whole entire lives. You’re watching dreams come true.”

Lee adds that if you like a hard-working team that showcases strides of perseverance each week, then they’re your guys to watch.

“If you’re looking for people to live vicariously through – hard-working, perseverance and wanting to have this and working hard to have it – that’s what MSK is,” Lee concluded.”

You can watch MSK’s full interview here. If you use any of the quotes in this article, please credit WWE’s The Bump with a h/t to Wrestling Inc. for the transcription.

Previous
Christian Says He Wants To Team With Edge In WWE Again
Next
A Look At Why AEW Might Be Working With NJPW, Impact And The NWA